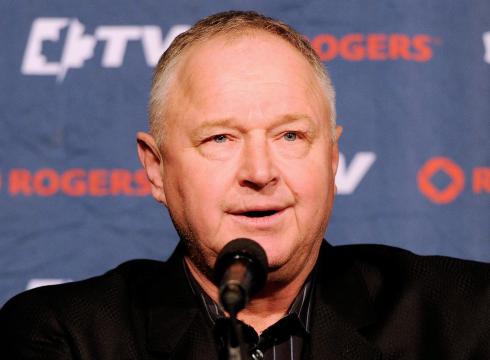 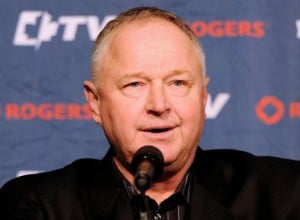 TORONTO—Last Friday, Azilda native Randy Carlyle was officially named the new head coach of the Toronto Maple Leafs after the dismissal of Ron Wilson by general manager Brian Burke. If that wasn’t news enough, the new head coach had a winning debut Saturday night, with the Leafs beating the Montreal Canadiens 3-1.

Growing up in Azilda, just north of Sudbury, Mr. Carlyle started his hockey career playing for the Sudbury Wolves, followed by a draf to the Toronto Maple Leafs in 1976.

The Azilda native played in 1,055 games, earning 647 points during his 17 seasons in the NHL with the Toronto Maple Leafs, Pittsburgh Penguins and Winnipeg Jets where he made a name for himself as a tough defensemen.

In 1981, Mr. Carlyle was awarded the Norris Trophy as the league’s top defensemen, in addition to being selected to play in four NHL All-Star Games.

Following his playing career, Mr. Carlyle became an assistant coach with the Winnipeg Jets in 1995, after which he coached the Manitoba Moose for six seasons, in addition to acting as the franchise general manager for three years and the club president for a season.

After spending seasons coaching with the Washington Capitals and again with the Manitoba Moose, Mr. Carlyle was named head coach of the Anaheim Ducks in 2005, which he led the team to Stanley Cup victory in 2007.

Last November, the former Anaheim coach was fired after a 4-1 win over the Montreal Canadiens, however, Mr. Carlyle’s unemployment was short lived when he was scooped up by the Toronto Maple Leafs just three months later.

Having grown up in the Sudbury area, Mr. Carlyle is no stranger to Manitoulin Island, having built a favourite retreat in Rockville on Lake Manitou.

Ron Sheppard of Rockville, a local business owner and long time friend of Mr. Carlyle, couldn’t have been more happy for his friend and his new position with the Leafs.

“I think it’s just great,” Mr. Sheppard told The Expositor. “It is very well deserving. He has worked hard throughout his life and to get the chance to coach the Toronto Maple Leafs is wonderful.”

Mr. Sheppard noted that Mr. Carlyle did not come from an easy childhood and had to work hard to accomplish his NHL dreams.

“He didn’t come from a wealthy family and as a child Randy had to even work at Sudbury Downs just to earn enough money to be able to buy skates,” said Mr. Sheppard.

Mr. Sheppard wished his fishing buddy well in his new venture and said that this is not only an exciting time for him, but a good challenge.

“Toronto fans are tough,” concluded Mr. Sheppard. “But if anyone can handle a good challenge it’s Randy.”