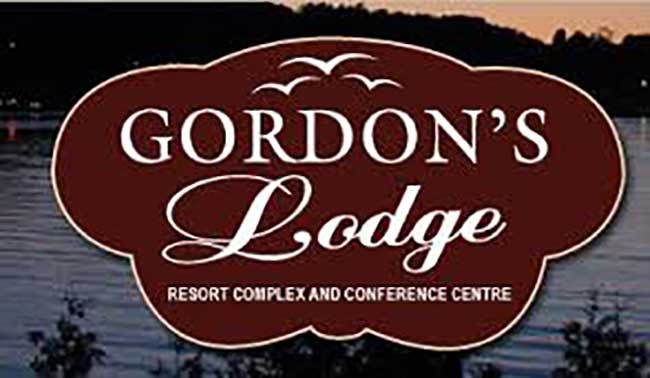 GORE BAY—The Ontario Municipal Board (OMB) has ruled in favour of the Town of Gore Bay and its position on an ongoing sewer works dispute with Gordon’s Lodge.

“Yes, we now have a decision (from the OMB),” stated Gore Bay Mayor Ron Lane this past Sunday. “Basically the OMB ruled in our favour.”

“We’re happy with the results of the decision,” said Mayor Lane. “At the end of the day the town does not have to pay the costs of a new water-sewer system for Gordon’s Lodge or the award of costs, which would have been made up of taxpayers’ money.”

“However, this alleged agreement has never been produced to date as evidenced on behalf of the Town of Gore Bay in any of the countless motions court at the Superior Court of Justice which the Gore Bay taxpayers have paid thousands of dollars to Weaver Simmons, the town lawyer,” wrote Ms. Pinkerton. “In addition the town of Gore Bay’s  lawyer did not produce this alleged agreement at the OMB hearing either when they had they had the opportunity to do so.” She explained, “on September 18, 1979, Ms. Joyce Foster, A.M.C.T. (clerk for Gore Bay) wrote a letter confirming that the Town of Gore Bay, “forgot the section of Water Street from Ms. Griffith’s house on up to East Street (just past the rent to geared income housing). They didn’t realize this at the time the sewers were installed. Now, because this section was not approved by the OMB, the town cannot allow anyone to hook on, or be able to charge if they did, so we had to get everyone’s signatures of the people who have property abutting or fronting on this section.”

As was reported in the Recorder on May 13, at the end of a hearing held in council chambers May 10, chair J. Sniezak accompanied by vice-chair D. Lanthier announced that a decision would be rendered in writing in due course.

The conflict that brought the OMB representatives to Gore Bay involves a long standing issue dating back to the mid-70s. On August 20, 1975 the OMB granted applications made by the Ministry of the Environment (MOE) on behalf of Gore Bay to provide sewage services. Then in September 1980 the ministry informed the Town that certificates of approval issued in 1978 did not cover Water street to East St. (the lodge abuts Water St. and East St. where the main sewer line ends). The MOE confirmed in September 2011 that an error had been made in earlier certificates of approval.

Speaking on behalf of numbered company 917488, known locally as Gordon’s Lodge, Laura Pinkerton outlined the results of her research into archived ministry and town correspondence. In her view, the board “should be shocked” by the high sewer rates applied to the resort and the lack of expertise that went into the inadequate system provided by the Town. “There’s a basic unfairness in this situation,” she said. “The Town hasn’t followed through with the order from 1980 and the OMB has exclusive jurisdiction to order compliance.”

The resort ended up with an eight inch ad hoc pipe running into the main sewer. Her consultants told her that it would have to be lowered 17 feet in order to let the effluent flow freely and to provide full services to Gordon’s. “The town provided sewer services without proper drawings; we have been paying high rates and no service provided,” she reiterated.

If the town does not complete the sewer works with appropriate engineering, then Gordon’s Lodge is asking for $2,750,000 in lieu of the installation. Ms. Pinkerton alleged that the town unlawfully collected $202,303.68 in sewer fees for a system that was inadequate. “I don’t need to pay for something that I don’t have,” she said.

Gerard E. McAndrew of Weaver Simmons presented the Town’s take on the matter at hand. He maintained that the delivery of effluent to the main sewer line is the responsibility of the owner (i.e. the Lodge). He dismissed the lodge’s allegation that the sewer pipe in place at present is illegal.

In an attempt to clarify the system as it currently operates, chairman Sniezak pointed out that Gordon’s Lodge has holding tanks that must be pumped out from time to time. Liquid flows out into the town’s main line but sludge and solids remain in the resort holding tanks.

The OMB provided a 17 page report and decision on the matter on August 16. “For the reasons indicated in this decision following the Board’s Motion for Directions, the relief sought by Gordon’s Lodge for enforcement of the prior Orders of this Board is denied. The Board finds that the Orders did not direct Gore Bay to construct sewage works in a specified manner, or in any manner, or to connect Gordon’s Lodge to the municipal wastewater treatment system, nor did Gore Bay fail to comply with the Board orders. The Certificate of Approval issued by the MOE is conclusive evidence that there is no issue of non-compliance with respect to these orders.”

“Given that there is no finding of non-compliance, it follows that the Board will issue no directions to Gore Bay related to these Orders, or the enforcement of these Orders,” the decision reads. “As  noted, the Orders are permissive, allowing Gore Bay to construct the wastewater treatment service, which they have done and completed to the satisfaction of the MOE. The 1990 OMBA does not authorize the Board to direct any further steps or take any further action, given the aforesaid findings. The request by Gordon’s Lodge to direct that the matter of enforcement of the Orders be sent back to the Ontario Superior Court of Justice pursuant to s. 86 is also denied for the same reasons.”

“In light of this decision and for the reasons indicated, there is no basis to make any award of costs as requested by Gordon’s Lodge,” the OMB decision reads. “At the hearing of this motion, Gore Bay did not speak to the matter of costs but due to the manner in which these issues have come before the Board, and the decision of the Board, it is the Board’s decision that no order as to costs will be made as against Gordon’s Lodge.”