“Farmers are environmental stewards of their land and this regulation will enable our province’s farmers to strengthen their approach to protecting their crops,” Agriculture Minister Jeff Leal said in a Tuesday, June 9 statement.

“I think it’s a step in the right direction,” said Big Lake bee producer Dave Kains, who had just looked into the announcement when contacted Monday (June 15). “They are calling for a pretty significant reduction in a couple of years.”

Although the bee kill over this past winter has been severe in some localities, Mr. Kains’ losses this past winter were relatively light. “We only lost about four precent of our bees, which is pretty good compared to some areas. We have not seen the severe losses they have seen in other regions.”

Mr. Kains noted that the exposure of hives on Manitoulin to neonicotinoid protected crops is low “by comparison to some regions.”

There remain a number of issues that impact bees, including the varroa mite, he noted. “I think it (bee die-offs) will prove to be the result of a combination of things,” he said.

Mr. Kains agreed that it was somewhat surprising that, considering the important role that bees and other pollinators play in ensuring the global food supply, that the question of the cause of the bee die-offs is still so uncertain. “There is a lot of attention on it now,” he said, “but it seems to have been slow in coming.”

As of July, there will also be new rules in place to track the sale and use of neonicotinoid-treated seeds. During the planting season next year, farmers will continue to be allowed to plant the seeds in up to 50 percent of their corn and soybean fields, although exceptions will be available to those who can provide evidence that they are experiencing pest issues.

Neonicotinoids impact the ability of bees, and some 400 other pollinator species (including birds and butterflies) to navigate, feed or reproduce. The pesticide has also been fingered in weakening the pollinators, opening the doors for other diseases and parasites.

The issue is extreme, as reports from the winter of 2013-14 indicate that Ontario’s bee losses exceeded an unsustainable 58 percent. Since any losses over 15 percent are not believed to be sustainable, many of the province’s beekeepers were regarding the issue as an industry threatening crisis.

Despite the lag in global response, Mr. Kains said he commended the Ontario government in taking action on the issue.

Mr. Kains will once again be hosting a workshop for new beekeepers at his Cannard Lane home this Saturday. The workshop runs from 10 am to 2 pm and is open to those who are interested in all things related to keeping bees. 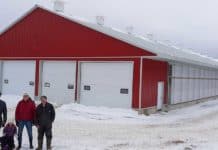 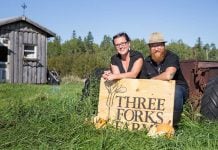 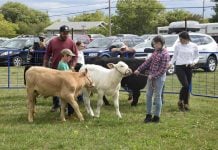 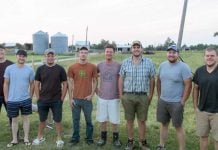 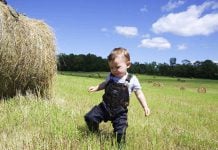 Four generations of farm life later, are we safer than ever?