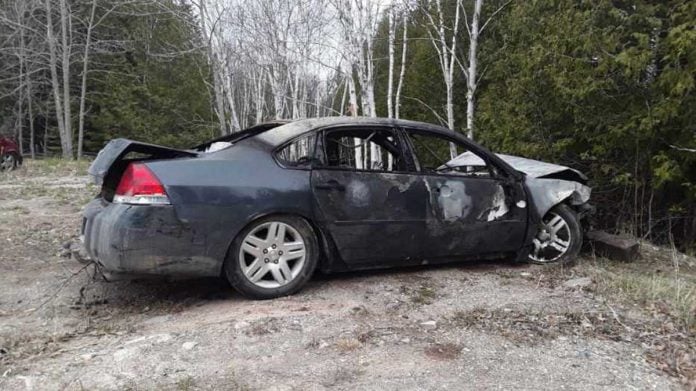 (LITTLE CURRENT, ON) – On May 9, 2020, at approximately 11:06 p.m., officers from the Manitoulin Detachment of the Ontario Provincial Police (OPP) with the assistance of the Northeastern Manitoulin and the Islands (NEMI) Fire Department responded to a single motor vehicle collision (MVC)  on Green Bush Road in NEMI Township.

Investigation revealed that a motor vehicle was travelling westbound when it lost control, struck several fence posts and caught fire in a field. Officers determined that the driver had been consuming alcohol.

As a result, Ethan VAUTOUR, 19-years-old, from NEMI Township was arrested and charged with:

The accused was released by way of an Undertaking and is scheduled to appear before the Ontario Court of Justice on July 29, 2020.