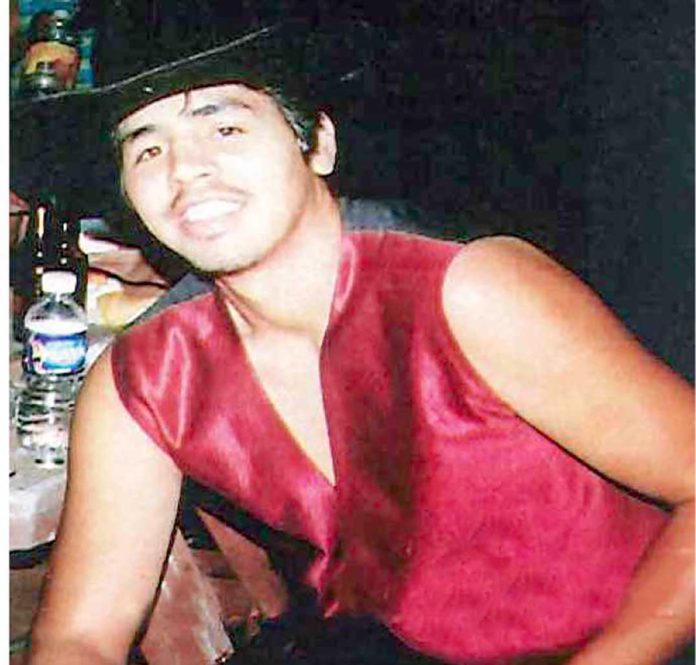 WIKWEMIKONG—It was 10 years ago, on September 16, 2006, that Anthony ‘Antz’ Samuel Mandamin was struck and killed by a vehicle in the early morning hours while he was walking the Kaboni Road, near the Odawa Valley Road, in Wikwemikong. Mr. Mandamin had just left a house party.

The driver of the unknown vehicle responsible for his death failed to remain at the scene. Mr. Mandamin was just 25-years-old and was described by his family as a gentle, light-spirited young man with a great sense of humour.

The Government of the Province of Ontario is offering a reward in the amount of $50,000 for information leading to the arrest and conviction of the person(s) responsible for the death of Mr. Mandamin.

Detective Inspector Depratto told The Expositor that he and Wikwemikong Tribal Police Chief Gary Reid had been discussing the possibility of a reward and put a request into the office of OPP Commissioner Vince Hawkes. When the police have exhausted all leads, a reward is one way of making a public appeal for information, the detective added, noting the billboard along Wikwemikong Way which also urges people to come forward with information on the case.

“We’re pushing for the passengers (in the hit-and-run vehicle) to know that they are witnesses, not parties to the offence, and to come forward,” Detective Inspector Depratto said. “It was a weekend, so there is a good possibility that there was a group travelling in the car.”

Any person with information regarding the driver responsible for this incident, including witnesses who were passengers in this vehicle, should immediately contact the Ontario Provincial Police at 1-888-310-1122, the Wikwemikong Tribal Police at 705-859-3141 or their nearest police authority.

Should you wish to remain anonymous, you may call Crime Stoppers at 1-800-222-8477 (TIPS) or submit information online at www.tipsubmit.com where you may be eligible to receive a cash reward of up to $2,000.