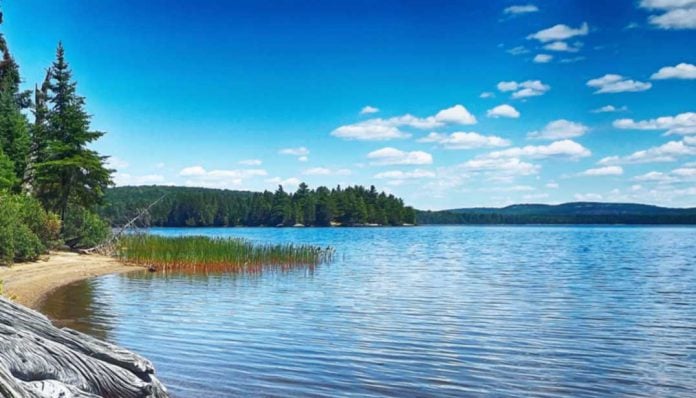 GORE BAY—The Manitoulin Planning Board (MPB) wants to see the statistical evidence that Lake Kagawong is near development capacity, as suggested by the Ministry of Natural Resources and Forestry (MNRF). This comes after the board discussed its draft Official Plan and updated members on what has taken place over the past few months.

“One of the modifications made in the draft plan by the Ministry of Municipal Affairs and Housing is Lake Kagawong is near (development) capacity,” stated Ken Noland, chair of the MPB, at last week’s meeting. “They say in their proposed modifications to the draft OP that according to the MNRF, Lake Kagawong is near capacity. This would stop development on the lake. It is like Lake Manitou, where it had been proposed that no more lots be created.”

“My question is, why during the whole time we have been going through this process the MNRF has not indicated that Lake Kagawong is near capacity?” asked Mr. Noland.

It was pointed out the province had noticed that Lake Kagawong was getting near capacity in 2013, but that more information was being obtained to confirm this.

The board was told when Lake Manitou was deemed to being near capacity, a set of criteria had to be followed for any development to occur. However, without information and statistics being provided it is hard to prove this is required.

It was suggested by MPB secretary Theresa Carlisle that if Lake Kagawong is near capacity, then possibly others on the Island, such as Mindemoya and Ice Lake, may be deemed at near capacity as well in the future.

“The ministry needs to provide specific data and information-statistics that prove that a lake is at capacity,” said Mr. Noland. “They have to prove this.”

The MPB will seek more clarification and information from the province on this issue.