AUNDECK OMNI KANING— Perfect weather greeted visitors to the Aundeck Omni Kaning First Nation traditional powwow this past weekend as community members mingled with vendors, dancers, singers (drum groups) and politicians on Saturday making the annual event a great success, even if Sunday proved to be a little damper than optimum.

As the dancers provided a kaleidoscope of colour and the beat of the drums and high octave singing that characterizes the distinctive Northern Eastern Woodland drum tradition echoed across the powwow grounds, a host of political figures took the opportunity to meet and greet constituents in an informal setting.

Newly elected Anishinabek Grand Council Chief Pat Madahbee didn’t come for the vote fishing, the veteran politician was back in his home community after the grand council meeting in Curve Lake First Nation resting up for a day before heading out to another round of meetings and then onto the Chiefs of Ontario. “I am just taking it easy for a day before heading back out on the trail,” he laughed, a slight rasp in his voice picked up during the Sunday damp, a little worrisome for someone who has to negotiate with so many levels of government. “I’ll be fine,” he laughs. 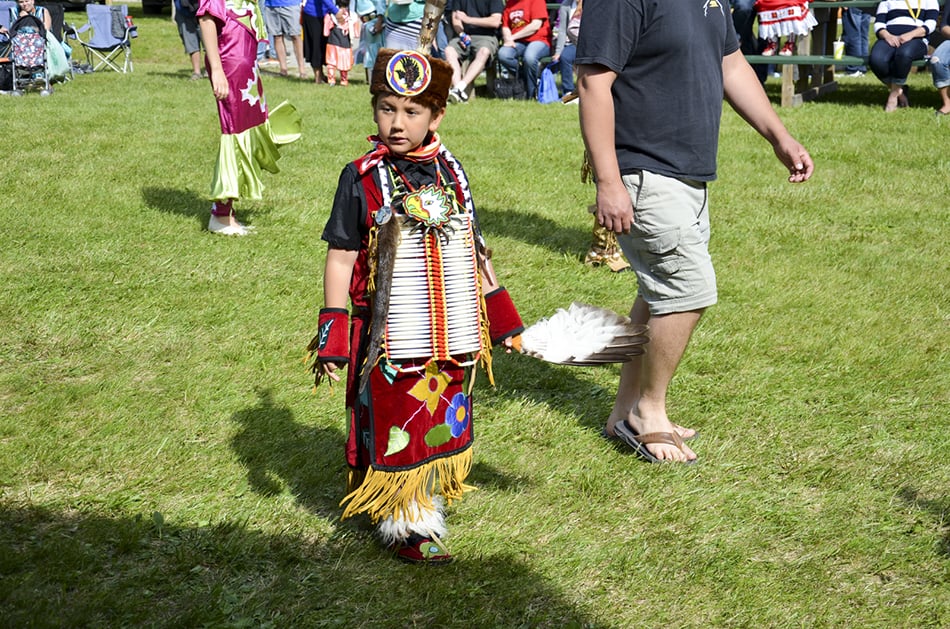 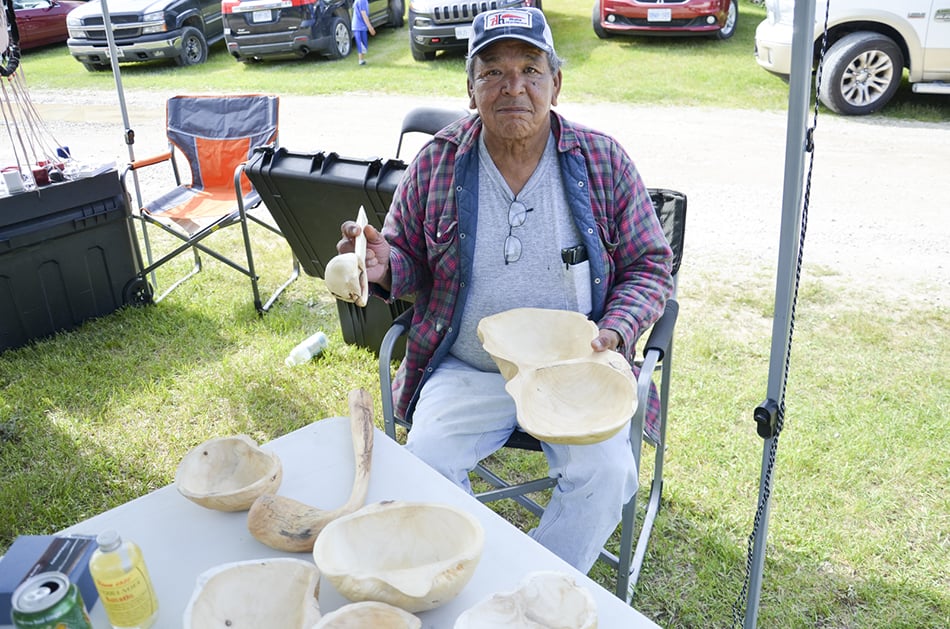 Another politician doing more learning than yearning for votes at the powwow was Serpent River First Nation Chief Isadore Day, currently running for the top spot at the Chiefs of Ontario. Chief Day was spending a little quality time with his family in an Anishinabe political leader’s version of a busman’s holiday. The grand chief is elected by the Ontario chiefs and their delegates, but Chief Day notes that it is very important to learn about the issues facing communities on the ground.

Algoma-Manitoulin MPP Mike Mantha could be found chatting with a supporter from Wikwemikong sporting an orange and white trillium medallion painstakingly beaded by another supporter from Serpent River. “Look at the work involved in this,” marveled the MPP before his friend pointed out MC Chris (the Pleasant) Pheasant and Mr. Mantha rushed off to sponsor a spot dance. Spot dance sponsorship is one sure-fire way to make sure a politician gets themselves noticed in the crowd. With a provincial election likely four years off, Mr. Mantha is not facing imminent balloting, but there is no better place to mix and mingle than the powwow.

Algoma-Manitoulin-Kapuskasing MP Carol Hughes was taking an opportunity to do a little shopping at the vendors’ stands with her new intern from Ohio (who is learning about the Canadian political system). Ms. Hughes was joined in working the crowds by one of her rivals, Liberal candidate Heather Wilson.

The blood sport tumble of jousting on the federal electoral hustings may be a few months off yet (the federal election will take place in October), but in the new normal campaigning appears to now be a year-long process.

For most of the crowd, however, the powwow is, and remains, a great opportunity to meet old friends, make some new ones and perhaps take in a taco and lemonade, where even the politicians get to enjoy themselves.