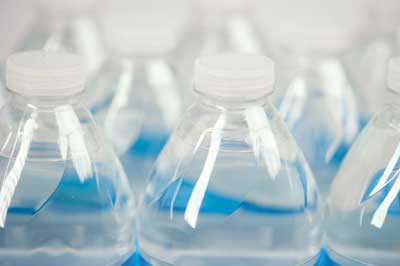 ONTARIO—Ontario is taking action to protect the province’s water resources for future generations by proposing a two-year moratorium on new or expanded water takings from groundwater by bottling companies, as well as stricter rules for renewals of existing permits.

“I think it’s a cautious approach by the government to give the province the opportunity to reevaluate the water bottling company industry and how it impacts all water sources,” stated Al Spacek, president of the Federation of Northern Ontario Municipalities (FONOM). “The only other comment I would like to make is that I hope that they (province) will be open to and receive input from the (water bottling) industry, municipalities and indigenous peoples.”

“Water is essential for the well-being and economic strength in our communities,” said Glen R. Murray, Minister of Environment and Climate Change, in a release. “With a changing climate, and specifically with the impacts from drought and increasing population growth, we want to work with the people of Ontario to make sure that we are properly protecting this vital resource.”

The proposed moratorium is the first of a number of steps the province will be taking to further protect Ontario’s clean water. It will apply to every water bottling facility that takes groundwater and is required to have a permit under the Ontario Water Resources Act. Proposed rules would reduce the duration of permit renewal applications from 10 years to a maximum of five years, as well as require increased public transparency, new operating guidelines, mandatory reductions on water taking during drought and further scientific studies.

It was  pointed out that approximately 34 percent of plastic bottles are not recycled and end up landfill sites.

As part of Ontario’s ongoing efforts to protect its water resources, the government is also closely examining how pricing and other tools could be used to help manage and protect the province’s water resources, and will provide an update later this fall.

While the proposed moratorium is in place, Ontario also plans to undertake research to improve understanding of groundwater in Ontario; review existing rules for adequate protection of groundwater for future generations; and receive public input and feedback on Ontario’s current groundwater permitting process and groundwater management moving forward.

Ontarians can comment on the proposed two-year moratorium through the environmental registry until December 1, 2016.