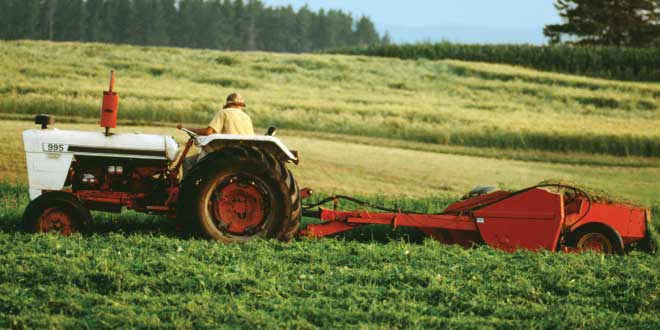 TORONTO—The Ontario Ministry of Agriculture, Food and Rural Affairs (OMAFRA) is seeking public input on a draft of local food access goals stemming from the second aspirational goal of the Local Food Act, 2013.

Under the Act, the goal entitled ‘increasing access to local food’ was proclaimed and stakeholders and other interested organizations and communities were engaged to refine three (deliberately broad) preliminary draft goals earlier this spring.

Ms. McIntyre said that the local group is planning to submit input.

“We are no longer part of the Island Good Food Box program,” she noted, pointing out that including the local food options in the box is problematic because of agreements to purchase from local retailers. “They told me it wouldn’t be fair to them. They are trying to source Ontario food.”

Local food is defined within the Local Food Act as “food produced or harvested in Ontario, including forest or freshwater food, and subject to any limitations in the regulations, food and beverages made in Ontario if they include ingredients produced or harvested in Ontario; this definition recognizes the traditional knowledge, diverse cultures and holistic belief systems of indigenous peoples and includes their traditional foods.”

Those wishing to submit feedback are requested to submit that comment by August 3, 2016 at www.omafra.gov.on.ca/english/about/local_food_goals.htm.