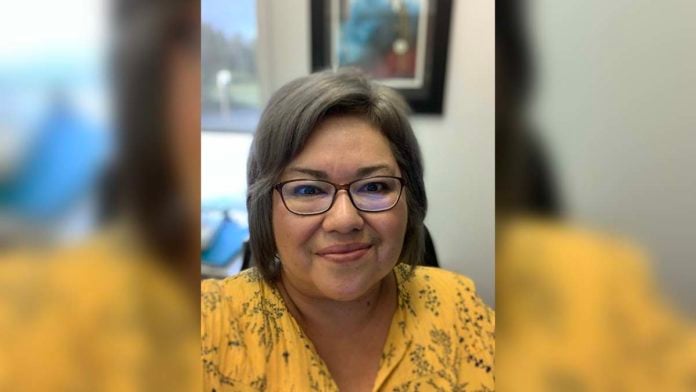 WIIKWEMKOONG—In a very tight race for Chief, Wiikwemkoong Anishinaabek elected Rachel Manitowabi as the new Ogimaa Kwe for Wiikwemkoong Unceded Territory. The election occurred on Saturday, August 20th, 2022. Ms. Manitowabi had a total of 278 votes. She ran against incumbent Duke Peltier who had 270 votes, along with the other Chief candidates, Frances Mandamin, Amsay Osawamick, Jean Oshkabewisens, Daniel Roy, and Gladys Wakegijig.

Kchi miigwech to all the candidates for accepting their nomination and partaking in this election. Miigwech to Ogimaa Duke Peltier and the long-time serving councillors who will not be returning for this term. They have all served our community over the past years with dignity and pride.

“I would like to say Gchi Miigwech to the Anishinabek of Wiikwemkoong Unceded Territory for allowing me to serve as your Ogimaa for the last 10 years,” noted Duke Peltier. “It has been a true honour. I am looking forward to the positive impact Ms. Rachel Manitowabi will have on our community and I will fully support our elected leadership into the future.”

“Miigwech to the People of Wiikwemkoong, and to everyone who allowed their name to stand. Congratulations to the new Council – I am looking forward to a productive term ahead. Miigwech to the outgoing council, as we wish you happiness and every success in your next chapter.

Miigwech to Ogimaa Duke for his years of service to Wiikwemkoong, it takes great sacrifice to serve the public and his 10 years is acknowledged. I am humbled by the task assigned to me by Wiikwemkoong. I will do my best for my community” noted Rachel Manitowabi.