LITTLE CURRENT— This year’s Manitoulin Country Fest 2015 was almost a victim of its own success, as long lineups on Thursday night were created when an unanticipated record crowd showed up to buy tickets. Luckily, once the logjam was cleared and everyone had settled into their seats, the show proved to be well worth the wait.

“To be totally honest we were caught off guard by the number of people who showed up at the last minute,” said Manitoulin Country Fest co-owner Kelly Timmermans. “We just didn’t expect the numbers that came on Thursday.”

The organizers are already putting in place strategies to deal with the issues that caused the backlog that saw lineups stretching all the way up the road to Highway 6 and the Hilltop Shell station.

“We are moving our gate back further on the property and we will have two lineups next year so that people who already have their tickets do not have to wait for people who have not purchased them yet,” noted Ms. Timmermans. 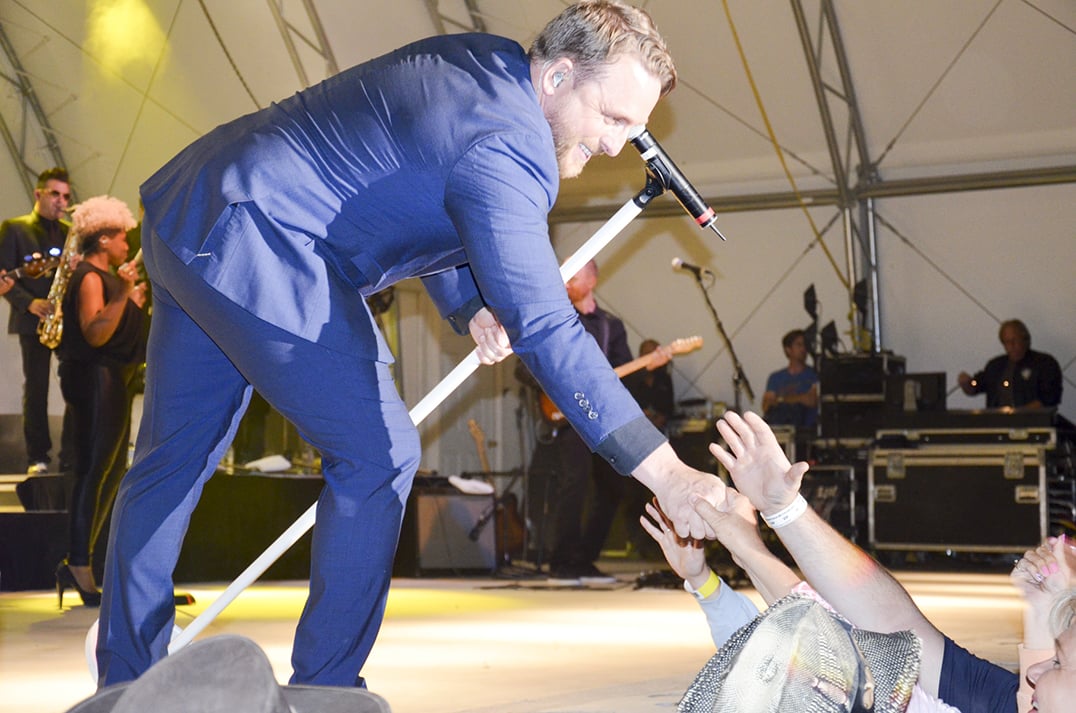 The bad news being out of the way, the rest of the weekend chased those blues away, particularly when Thursday night’s headliner Johnny Reid took to the stage. Mr. Reid began his set with a blast of energy that just never seemed to abate, at points bounding into the audience and mingling with the crowd and then leaping deftly back onstage to continue delivering a performance that held the audience in total thrall to his musical magic.

One particularly magical moment was when Ron Fisher took to the stage to propose to his sweetheart Tracey Urquhart. “Thank you to Johnny Reid for working with us to create that special moment,” said Ms. Timmermans, who noted that the proposal took place on stage during Mr. Reid’s ‘A Woman Like You.’ She said yes.

One of the definite local favourites was the legendary Cree performer originally from Piapot Cree First Nation in Saskatchewan Buffy Sainte-Marie. Those watching Ms. Sainte-Marie perform could be forgiven for not realizing that she was born in 1941—such was the energy and vibe with which she stormed the stage.

Ms. Sainte-Marie may reside in most people’s minds as a folk-singer from the 60s, but although she did perform many of her early hits like ‘Universal Soldier’ to roars of approval, her latest songs defied the roots label, being as contemporary as anything on the airwaves or streaming Internet for that matter. She laid it down clear and simple, she and her musical storytelling are still very relevant in today’s music scene.

Ms. Sainte-Marie was followed onstage by another Canadian musical legend, Tom Cochrane and Red Rider whose performance brought the house down and capped the Friday night with an eclectic mix of musical genres that seems to be the forté of the developing festival.

One of the up-and-coming acts that took to the Manitoulin Country Fest stage that also defies pigeon-holing were the Boom Chaka Boys, a Canadian country music group from Sylvan Lake, Alberta composed of Ryan Langlois, Joel Rathjen, Teddy Roy Michaylow and Ben Shillabeer.

These young men are being managed by Saturday’s headliner Gord Bamford and declared themselves quite taken with the man they describe as “self made.”

The crowd for Mr. Bamford’s Saturday night headline performance was even larger than that of the other evenings and the veteran songmaster soon had that crowd in the palm of his hand, singing even as he signed autographs on hats, beach balls and programs handed up to him from the crowd.

The final numbers for the attendance have not yet been finalized, but co-organizer Craig Timmermans estimated the number this year may well exceed 5,600. “We were close to 5,000 (tickets) input into the database as of Friday night,” he said. 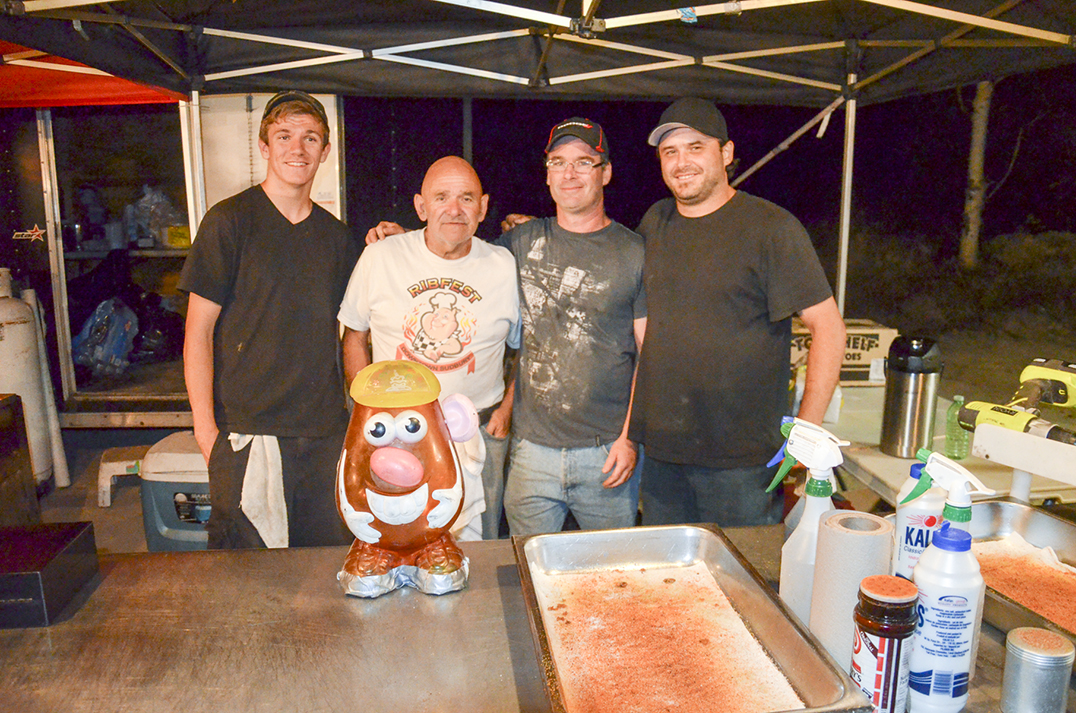 There were big winners in the crowd as well, with Dawn Wall of Little Current winning the Country Music Fan Experience sponsored by the Great Spirit Circle Trail and the Canadian Country Music Association. Dawn and a guest will be joining Craig and KT Timmermans in Halifax in September for the Country Music Week! Their trip includes flights, 3 nights hotel, $500 spending money and tickets to all the great events and the fan chair package was won by Eleanor Trimble of Coldwater.

One of the biggest winners of the weekend had to be the Manitoulin Minor Hockey Association, whose 50/50 draw proved very popular. The Saturday night prize winners take was $2,200.

One of the many innovations incorporated by the festival this year that was deemed a total success was a songwriter circle held aboard the North Channel Cruise Lines vessel, Le Grand Heron. “The songwriters really liked it,” said Ms. Timmermans, saying they would be holding the event again next year. “For many of the musicians it was the first time they had ever played on the water.”

Ms. Timmermans said that they truly wished to thank the many sponsors that helped make Manitoulin Country Fest 2015 such a tremendous success. “Our corporate sponsors have made such a great difference,” she said. 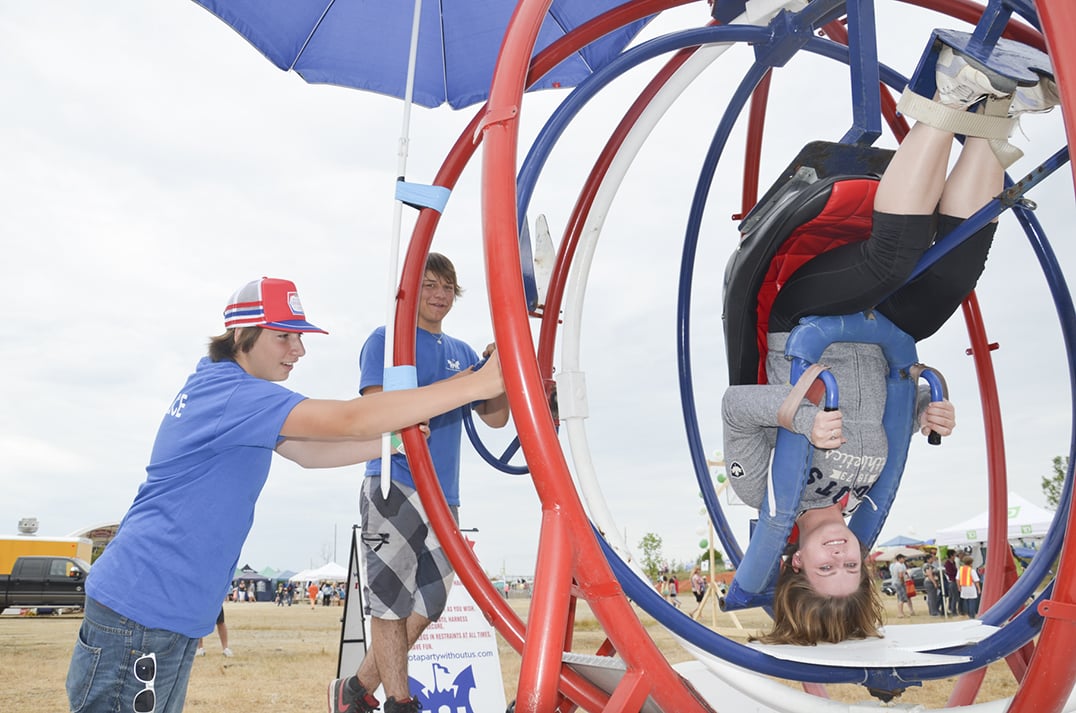 But when it comes to the major heroes of the weekend, it was the army of volunteers that step up each year that helps to ensure a successful event. “There are so many, but some of the people who really go above and beyond are Cathy Joyce, Angelique Guertin of Blind River, Lori Case, our merchandise coordinator, these people are amazing,” said Ms. Timmermans. “We couldn’t make this happen without all of them.” 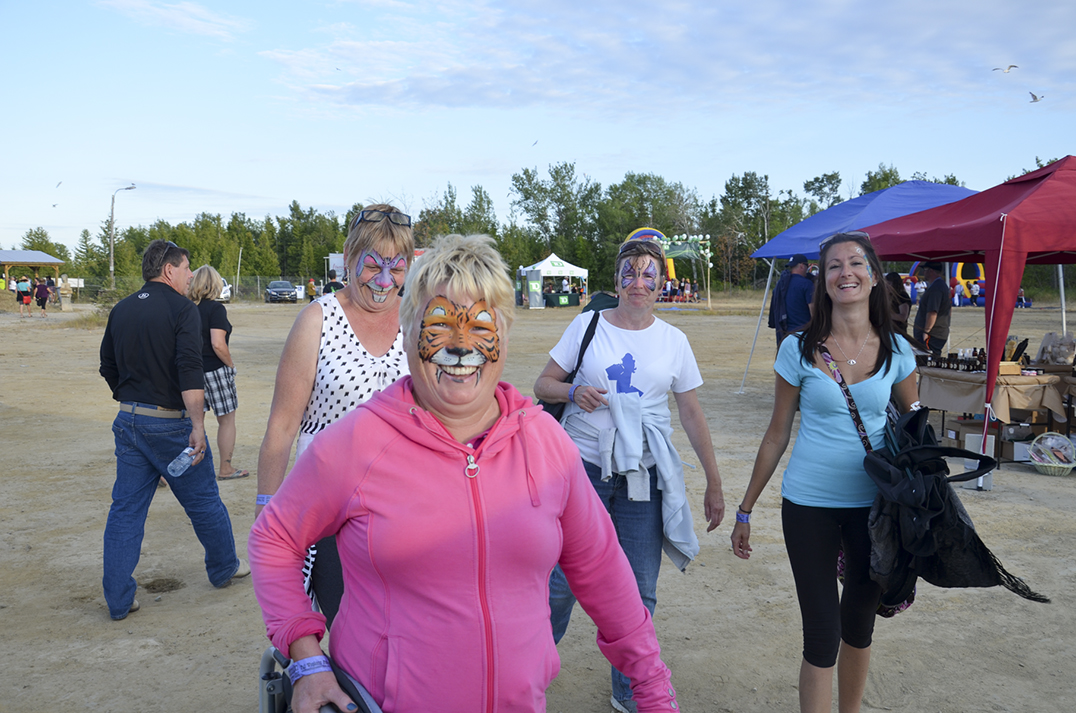 A sombre note could be found repeated throughout the event, however, as long time volunteer David Breaux was killed in a July 16 motorcycle accident. “He is a tremendous loss to our Manitoulin Country Fest family,” said Ms. Timmermans.

The complete listing of the performers who took to the stage at Manitoulin Country Fest 2015 can be found online at www.manitoulincountryfest.com/lineup.