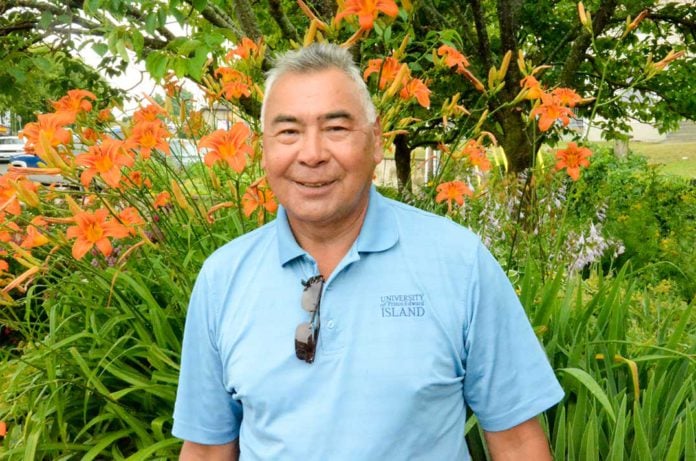 “There is too much pain in our community,” said candidate for Wikwemikong chief, retired educator Ronnie Odjig as he sat down with The Expositor to discuss his candidacy for chief. “I call it fragmentation in the relationships and I hope I can do something to bring about healing.”

Mr. Odjig noted that there is currently  a great deal of discussion going on in the administration of the band that focusses outward, on the relationships with other governments and organizations outside the community, when the focus, in his opinion, should be directed inward to healing the cleavages within the community. “We have to work for the membership, to create our own laws,” he said.

“In my youth, I couldn’t help but observe my parents and how they participated in the leadership of the community,” he recalled. “In later years, I could see myself taking on a leadership position.” Be it as part of a hockey team, or in participating in singing and drum groups (he was an original member of the Wikwemikong Drum Group), Mr. Odjig found himself naturally drawn into the position of a leader within the team. As such “you mature pretty fast,” he said.

Mr. Odjig went on to post-secondary studies, less common in those days than now, and he found himself drawn into political science. “I never regretted what I learned in those classes,” he said, although he later went on to study education, earning his teaching certificate from the University of Toronto and, by virtue of his fluency in the Ojibwe language, he found his services in high demand. But “teaching was very different from speaking,” he noted. He found he needed “instruction in how to instruct.”

That background has informed his approach to public service. “What we need is empowerment of the people,” he said. “Empowerment to do what they must do in the various departments of band governance.”

“I still believe we are a small enough community to speak friend to friend,” he said. “We need to bring stability and harmony back to the council chambers.” There is no room for political grandstanding when it comes to serving the people. Issues within the community, and the council chambers, need to be dealt with internally.

“We have to stop taking our issues out to lawyers,” he said. “We need to work together. Is getting others to solve our issues counterintuitive to self government?” he asked. “Totally.”

“Restoration of jurisdiction? I hear a lot about it, but I don’t see it in action,” said Mr. Odjig. “We should be helping our membership. Working together is a must. We have to stop finding the whipping boy for someone’s problems and concentrate on finding solutions that will work.”

Right now, he asserts, there are too many distractions being put out that people cannot see the real issues. “You stay within the parameters of where the issue belongs,” he said. “In the council chambers.” In the past, he said, councillors and the chief would “take as long as it takes to resolve the issue. When the eagle feather was brought into the room, you dealt with the issues in quiet conversation until it was resolved.”