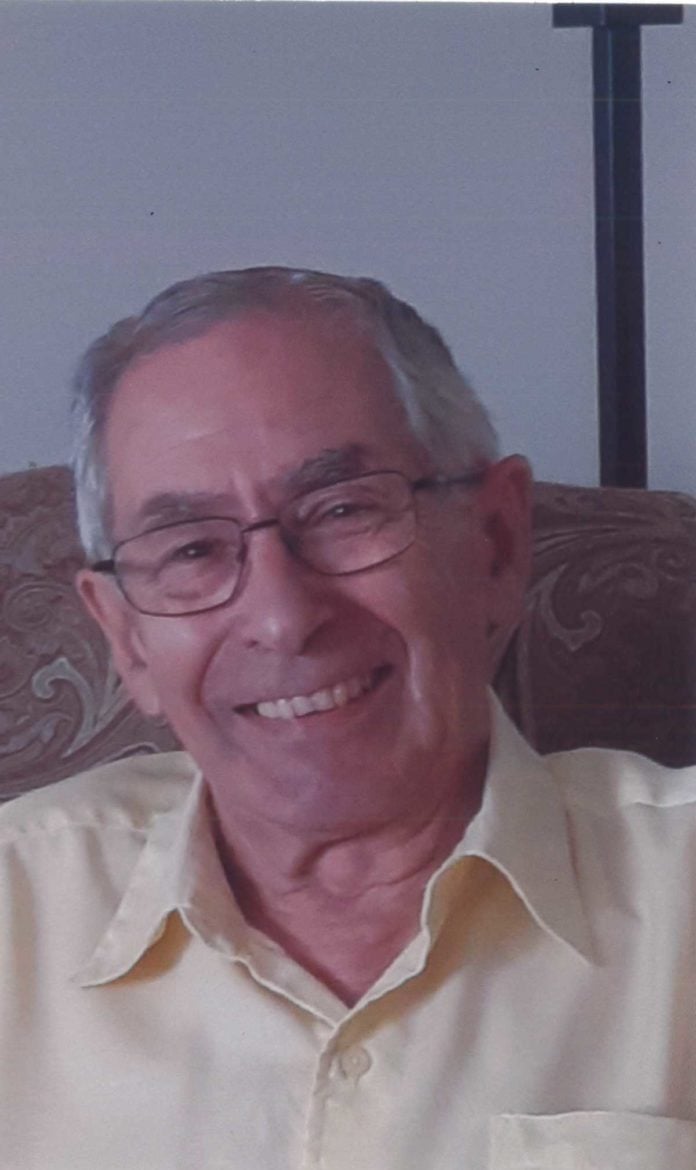 STEVEN WAYNE SKIPPEN
March 4, 1944 – October 23, 2021
The family of Wayne Skippen is saddened to announce his passing at Health Sciences North on October 23, 2021. Wayne passed away unhappily, kicking, and yelling: “It’s too soon!” Wayne was preceded by his wife Dorothy Eliza Ann (Hembruff) Skippen in 2010. Wayne is survived by his sons: Steven (Susan Docherty-Skippen) and their sons, Timothy and Benjamin; Ian (Erin); and Peter and his son, Joshua Lockyer. Survived by brother Randy (Sandra), brother Keith, sister Linda, sister-in-law Betty Johnston (Pete, deceased), brother-in-law Robert Hembruff (Audrey) and many nieces and nephews. Predeceased by sister Joan Gagnon (1967). Missed by dear friend, Marlene Lippold, Marlene’s son Mark (Lesley), children Lydia and Nick (Emily); and son James (Kristeen) and daughter Edie. Born on Manitoulin Island to James ‘Carl’ and Rena (Stevens) and raised in Green Bay, then moving to Little Current at the age of six. Wayne loved to work. Starting at age nine with paper routes, then evenings after school at Mike’s Convenience and Currie’s Drug Store while living in Little Current. Wayne completed his last year of secondary school in Espanola where he worked at the Espanola Theatre evenings and on Saturdays. In May of 1964 Wayne worked at The KVP Company (now Domtar). In May of 1969 Wayne married his high school sweetheart, Dorothy and they lived in Espanola. In June of 1970, Wayne and Dorothy moved to Manitowaning, where they owned/operated Hembruff’s Freshmart. From there Wayne worked for Manitoulin Co-Op for two years and drove school bus. In 1998, Wayne went to work at Red Lodge Resort working with the Frank Family until 2008. In 2009, he returned to driving school bus until he retired in 2017 at the age of 73. In 2017, Wayne moved to Sudbury where he avidly curled six months in the winter and golfed six months in the summer, except when he was out travelling the roads of Canada to explore new places or giving a helping hand to his neighbours. Wayne was an active member of St. Mark’s United Church and a member of the Masonic Lodge. The family wishes to sincerely thank Marlene for her help and care to Wayne for the last few months. A special thank you to the staff at Health Sciences North (Cancer Health Team; ICU Team; and to Dr. Linford, Dr. Masters, Dr. Pearce, Dr. Szeto) and to the many friends and family who came to visit over the last few months. During his life he supported many charities, so if you wish please donate to the charity of your choice in his memory. His ashes will be laid to rest with his wife Dorothy at a Celebration of Life which will be held on Saturday, November 27, 2021 at 1 pm in Elmview Cemetery in Sheguiandah.