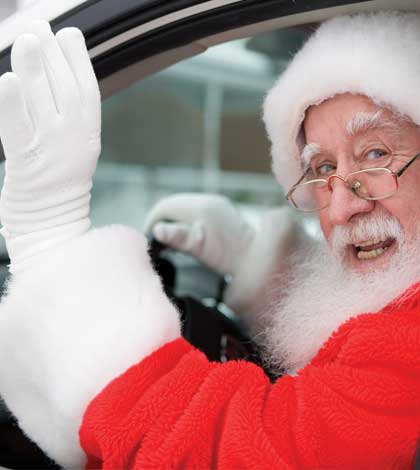 The Traffic Management Unit will be closing and/or controlling lanes of traffic and several roads to ensure the safe movement of parade participants and citizens attending this year’s parade. Assisting with traffic control will be members from the Greater Sudbury Police Auxiliary Unit, the Ontario Provincial Police, CP and CN Police, North Shore Search and Rescue volunteers, Citizens on Patrol and students from the Police Foundations and Criminal Justice Association programs at Cambrian College.

The Greater Sudbury Police Service understands area residents and motorists will be slightly inconvenienced on the afternoon of the parade, however, the police service believes these measures are necessary to successfully ensure the safety of all involved in the Santa Claus Parade.

Motorists should be aware of the following lane and road closures:

Parking will be free at all municipal parking lots on Saturday, November 19, 2016.