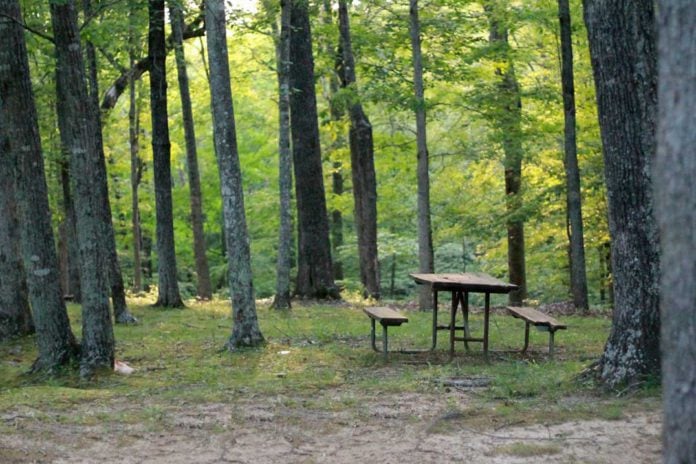 MANITOULIN—Unless private campgrounds are recognized as small business, and avoid a devastating tax hike, these businesses could close, or costs may have to be passed down to campers, says a local campground owner.

“I didn’t know we were classified differently under the tax system,” stated James McFadden of Lake Wolsey Cabins on Tuesday. “We’re getting screwed,” he stated. “I know the taxes we are paying are ridiculous. Even property taxes are out of whack, and this is on top of, for instance, hydro costs where we pay commercial business costs and face big bills.”

“This is the first I’ve heard of this tax on campgrounds,” stated Algoma-Manitoulin MPP Michael Mantha. “No, it sure doesn’t sound good for private campground owners.”

As reported in the North Bay Nugget’s Thursday, July 28, 2016 edition, private campgrounds are fighting to be recognized as small businesses to avoid a crippling tax hike.

The Canada Revenue Agency has indicated that campgrounds earn rental income rather than provide a service, so they are not eligible for the small business tax rate and must pay three times more. The change affects operations with fewer than five full-time employees.

Alexandra Anderson, executive director of Camping in Ontario, told the Nugget, “the effect of this will be either the campgrounds will close, no improvements will be done to the parks or worse-case scenario is that some of the costs will be passed down to the camper. Most people don’t want their camping fees to go up by 30 percent. It would be devastating for the industry.”

Ms. Anderson said that while hiring additional employees is not feasible for most campgrounds, losing the small business tax rate could be devastating. One family-run operation in southwestern Ontario is facing a $250,000 tax bill. She does not believe CRA was targeting the camping industry with the tax change, and she told the Nugget she has had positive meetings with Bardish Chagger, the minister of Small Business and Tourism.

Camping in Ontario, which represents more than privately run campgrounds, plans to deliver a petition to Finance Minister Bill Morneau. It currently has 5,695 signatures from campers who use the facilities and don’t want to see them close.

“We are simply asking to be taxed the same as any other small business in Canada,” Ms. Anderson told the Nugget.

“No wonder so many little campground places have closed,” said Mr. McFadden. “Someone is going to have to bring things more in line. What is happening is that for small businesses like  us we are not going to have any money left for expansion and repairs, and we will have to raise the rates that our customers pay, something nobody wants to have take place.”