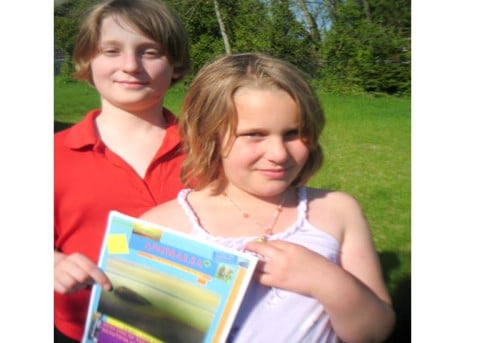 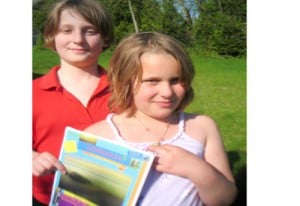 PROVIDENCE BAY—Ten-year-old Graham Krupp has succeeded in what many individuals in the literary world strive to do their whole careers—he has published his own magazine.

Publishing his first edition this month, ‘Animalia’ is a colourful magazine for kids focused on animals.

Featuring educational facts, games, puzzles and photos, the magazine comes across as more of a professional publication than a magazine created by a Grade 4 student.

“I came up with the idea while I was walking on the boardwalk with my mom and sister,” Graham revealed to The Expositor. “It just popped into my head.”

For the first issue of Animalia, Graham decided on the topic of animals in the Amazon jungle, but includes some information on local animals and the health of Lake Huron.

Assisted only by his sister, Grade 2 Central Manitoulin School student Hadarah Krupp and fellow Central Manitoulin Grade 6 student Brianna Davis, the group plans on publishing the magazine monthly with future editions on such topics as bats in June and plants in July.

“My sister Hadarah helps with researching for the magazine, while Brianna Davis assists with art and games,” Graham explained, “and I do the writing and editing.”

The young writer and entrepreneur said that he plans on ghost writing for new staff such as a character named Bob the blobfish.

Highlights in the May issue of Animalia are an article on Lake Huron, “How one of the world’s most beautiful lakes could die,” a fact page on bees, information on several odd/endangered species such as the blobfish, a ‘mad libs’ and a word search.

Graham hopes the magazine will help connect children and parents through learning and having fun.

“I’ve tried to make it something just for kids,” said Graham. “I’m a kid so it’s helped me know what will attract my demographic.”

Graham and Hadarah’s mother, Gail Krupp, couldn’t be more proud of her son and daughter and their new publication.

“Graham tells me that a big reason why he’s doing this magazine is to prove that kids can do anything,” said Ms. Krupp, “and with the kind of support they have been getting from the community, I’m sure they can!”

To purchase a May copy or future copy of Animalia, contact Graham at cassidyjack@live.ca or stop by The Expositor. Issues are $3.25 each. 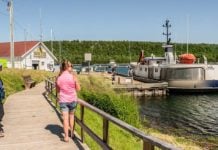 Town of Gore Bay applies for funds to repair boardwalk