MINDEMOYA – A major motor vehicle collision at the intersection of Highway 551 and Highway 542 in the town of Mindemoya has left a Whitefish Falls woman with life changing head injuries and in an induced coma to help keep her stable. This accident, along with  others in this same area just this summer and over past years (nearly 40 years ago, prominent M’Chigeeng artist Martin Panamick perished at the same intersection when his motorcycle collided with a vehicle), along with several near misses over the years has again led to calls from local and provincial politicians as well as local business people to have the Ministry of Transportation (MTO) take action to try and prevent further serious accidents.

The rear passenger of the car,  51-year-old Larissa Moffatt (from Whitefish Falls) was transported to Health Sciences North in Sudbury having sustained life-altering injuries, the OPP reported. Ms. Moffatt was the only passenger in the vehicle that was seriously hurt. No one in the truck was injured, the OPP told The Expositor.

Ms. Moffatt had been at the beach in Mindemoya with her 17-year-old-daughter and her daughter’s friend when the car they were in collided with a pickup truck, said a member of Ms. Moffatt’s family. The car had spun out and the 51-year-old was thrown to the side. Ms. Moffatt is the well-known proprietor at the Red Dog Grill in Whitefish Falls.

The accident has led  to local and provincial politicians calling for action to be taken to make the intersection safe. Richard Stephens, mayor of Central Manitoulin told The Expositor, “there has been safety concerns with that intersection for years. We have provided a whole dossiere of concerns and ideas to the ministry of what we would like to see done to that intersection to make it safer. He noted that the MTO did put up flashing lights at the intersection to help. “The main answer we have received over the years is that the ministry carried out a study on traffic volumes through that area and that there is no need for further action.”

Steve Shaffer, Central Manitoulin councillor told The Expositor that after this most recent accident, “I spoke to MPP (Michael) Mantha.” In his message to MPP Mantha Councillor Shaffer said, “this has been to both the roads committee and my safety, security and health committee. My committee met with MTO and OPP a couple of years ago, this resulted in the painting of the no parking areas, and about that same time they installed a flashing red light above the north and south stop signs. Sadly, these efforts haven’t reduced the number of incidents or near incidents at this intersection. Personally, I fear a four-way stop may cause more  of an issue. What I would very much like to see is three things, firstly a sign similar to this attachment (a sign that states cross traffic does not stop) installed on the north and south side. Secondly, a flashing amber and red light strung across the intersection, and finally more police presence in this high traffic area.”

“This corner intersection has been a concern for years,” stated Adam Smith, owner of Jake’s Home Centre in Mindemoya, which has its location at the intersection. “No matter what is done it will probably cause confusion. There is no right or wrong solution. Everyone not familiar with the intersection assumes it is a four way stop currently.”

“There is no easy solution,” said Mr. Smith. “But something needs to be done.” Before this accident, “there has been three significant fender benders already this summer (at the intersection). And we have near misses every day, you can hear the horns of the vehicles going off. It is definitely something that needs to be addressed. Anything would be a step in the right direction, anything that improves safety is needed and would be good.”

MPP Mantha told The Expositor, “this has been an ongoing issue for many years. The Municipality of Central Manitoulin has been raising this issue for almost 20 years. There has been some modifications, and the MTO undertook a traffic study of the intersection about three or four years ago, but it was carried out in September, outside the peak tourism part of the summer season.”

“The MTO needs to understand the influx of tourism traffic is here in mid-June through mid-August,” stated MPP Mantha. “This is when we need to do a traffic study to justify the traffic volumes, and when the problems occur. When you look at the tourism traffic numbers, at this time of the year there are four or five times the population. To get a true reflection of traffic numbers a study needs to be carried out at the peak time of the year for traffic.” He said he has contacted the MTO on these issues and concerns and has requested the OPP provide provide an incident report detailing the number of accidents that have taken place at the intersection over the year, but has not received this information as yet.

“And I want to talk to the adjacent business owners at that intersection. I want to talk to and hear from them  about having experienced close calls, improve and addresses the hazards,” said MPP Mantha. “Tourism in the area is important, we want to make sure people are welcome here and not deterred from coming to the community, but public safety has to be at the forefront,” added MPP Mantha.

Johnny Kulwartian, a friend of Ms. Moffatt, has organized a GoFundMe fundraiser to help support the family at this time. He explained, “Larissa sustained life changing head injuries and is currently in an induced coma to help keep her stable. There are more procedures to come when she wakes up. They are keeping her sedated to let her body heal.”

“Larissa is the most thoughtful and hardest working provider for her daughter Paige through her restaurant the Red Dog Grill located in Whitefish Falls,” wrote Mr. Kulwartian. “While the restaurant is closed during this difficult time, Philip Eadie, Paige’s father, is managing while not being able to run the restaurant in Larissa’s absence as she was the cornerstone. What we are going to be needing is financial support as Larissa heals from this. We know she’s going to have to have a long road to recovery which means more time in the hospital.”

“Larissa is a cancer survivor. We are praying that she will make it through this just like she did before,” added Mr. Kulwartian.

Phil Eadie, ex-husband of Ms. Moffatt and co-owner of the Red Dog Grill told The Expositor on Wednesday of last week, “Larissa is the heart and soul of the place. We bought the restaurant together 15 years ago.”

“I love her, she is my best friend,” said Mr. Eadie, “She had a bad head injury, but the doctors are very hopeful.” He said Ms. Moffatt was initially supposed to be in the coma for a couple of days, but more realistically it will be a week or more due to the swelling. As well, she has a few small brain bleeds that doctors are also monitoring.

More than $22,000 was raised in the first day of the online fundraising campaign for the Moffatt family. Mr. Eadie stated, “the support that has been given on Gofundme is beyond expectations. It’s incredible. Larissa just recovered from breast cancer, then COVID-19 hit.” He will not be able to run the restaurant in her absence. “The funds raised will go toward paying the bills and keeping the restaurant afloat while it is closed and paying for expenses for Larissa’s treatment and rehabilitation.”

“The support has been overwhelming. I love the people up here,” stated Mr. Eadie.

The OPP investigation into the accident is still ongoing. Further information will be released as it becomes available.

Jaclyn Lytle, communications coordinator for  MTO’s Northeast operations told The Expositor in an email Monday, “the ministry is aware of the safety concerns regarding the intersection of Highways 551/542 in Mindemoya. Although the issues are more significant during the summer tourist season, similar issues are present at this location year-round.”

Ms. Lytle told The Expositor, “the ministry is scheduling a fourth, comprehensive operational performance review to continue its investigation of options to further enhance safety at this intersection. The review will determine what additional options are available to address the ongoing issues at this location.” 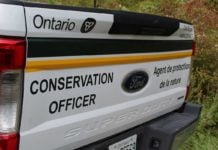 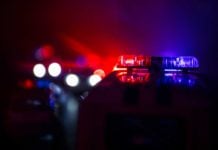 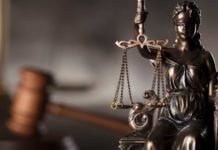 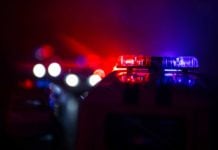