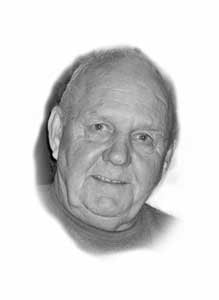 In loving memory of William Emerson “Bill” Trimmer who died suddenly at his Manitowaning home on Friday evening at the age of 74. Survived by his beloved wife Helen (nee McLennan). Loving father of Cathy Case (Glen) of Sheguiandah and Ed (Judy) of Manitowaning. Proud grandpa of Chris (Allison) of Little Current, Sean (Sara) of Burlington, Aaron (Alicia) of Sheguiandah and Poppa of Sam, Wesley and Skylar of Manitowaning. Devoted great-grandpa of Emerson, Greyson and Benjamin. Dear brother of George (predeceased) wife Anne of Sudbury, Gary and wife Julie of Little Current, Dale of Smoothrock Falls, Mary and husband Richard Brunet of Sudbury and brother-in-law of John (predeceased) wife Kathy McLennan of Ohio. Bill will always be remembered by his many nieces and nephews. Bill worked as a truck driver and in the road construction industry, operating bulldozers and was a well-known grader operator, but his loves of life were his family. He loved to visit while fishing and hunting but his grandchildren and great-grandchildren were his joy and entertainment. He also passed on his passion for ice fishing and the outdoors to each of his grandchildren, not to mention a love of hockey. Bill was a member of the famous Sheg Bears team of the 1950s and 60s that brought home the Pearson Cup as well as the Manitoulin all-star team that won the McGovern Cup in 1963 after 20 years of North Shore victories. Bill continued to play the game for many years afterward. Bill was always willing to lend a hand to a friend or neighbour or anyone in need. Any spare time was spent with his friend Gary where they tackled many different projects. Bill enjoyed life! A Memorial Service was held at Island Funeral Home on Monday, March 18, 2013 at 2 pm. A luncheon and friendship time followed at the Sheguiandah Seniors’ Hall. Donations to local Island charities. Arrangements entrusted with Island Funeral Home, Little Current.