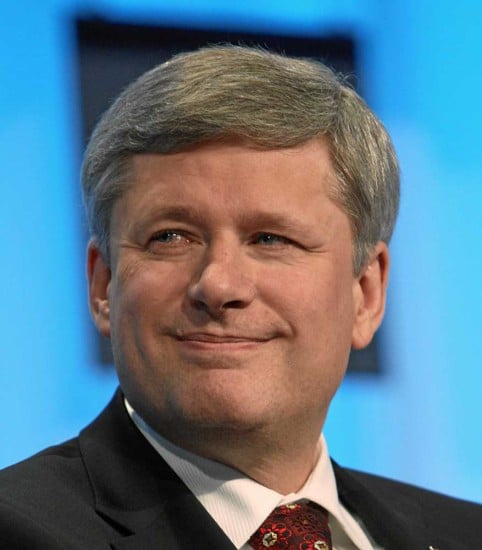 I have to agree that there is a good possibility that Stephen Harper could gain yet another majority come 2015 and, if the New Democrats and the Liberals continue their separate paths, I believe that we can almost certainly guarantee such a result. That would surely be a calamity for Canada and for most Canadians.

No doubt the NDP’s Tom Mulcair and the Liberal’s Justin Trudeau (or whoever the next leader of that party may be) are hopeful of a breakthrough but, let’s face it, in a country with one distinctly right-wing party facing two left-of-centre parties the chances are that, once again, the vote will be split and the Conservatives will run right through the middle and gain another majority even though they do not and probably will not ever represent the majority of Canadians.

There is really only one credible way in which to stop the damage which Stephen Harper is doing to this country and that is for the opposition parties to put aside their supposed differences and come together to form a single, coherent voice in opposition to the current governing party. I respectfully submit that this is the time for Mr. Mulcair, Justin Trudeau (or whoever) and Elizabeth May to put the country’s needs ahead of their own respective personal ambitions, party and political interests; surely they need to compromise and to hammer out a reasonable left-of-centre platform and present it to Canadians. Meantime, the one thing that we can be sure of at this point in Canadian political circles is that Mr. Harper and his cohorts will be praying that such an amalgamation never happens; even they are certainly smart enough to recognize that, if it does, then they will go the way of the dodo!

And, by the way, let us remember that Stephen Harper is where he is today because he was astute enough to unite the right, (by joining the so-called Progressive Conservatives together with the Reform Party). However reluctantly, we all have to give him credit for having achieved that!

Expositor Staff - May 7, 2021
M’CHIGEENG - For the first time in its history, UCCM Anishnaabe Police Service (APS) will have a father-son team on board. “It is with pleasure...