MELDRUM BAY—“I was one of the lucky ones,” says Bill Van Every, 92, as he recounts the time his platoon was shelled by the Germans in Belgium in WWII. That’s how he recalls being severely wounded by a bullet that entered the right side of his torso and exited through the left side, leaving shrapnel in its wake. He was 21-years-old, a private in the North Nova Scotia Highlanders (the Novies) regiment that fought with the First Canadian Army infantry in France, Belgium and Holland in 1944.

Bill Van Every was born in 1923 in Meldrum Bay, a child of his father’s second wife, Elizabeth Clarke from Gore Bay, whose family owned a store “where the municipal parking lot is now.” His grandfather was the mason Stewart Clarke who is known for the work he and his son did on many stone buildings, including the Wickett homestead in Meldrum Bay and on a local landmark, the stone silo on Poplar Road in Gordon and Barrie Island township.

As a boy growing up in Meldrum Bay, Mr. Van Every says, “I got sick of farming, so I left when I was 19-years-old and went to Sault Ste. Marie to work for Algoma Steel for six months then to Hamilton to work for the Hamilton Bridge Company. In 1942, I was called up by the Army.” He went to the Exhibition grounds in Toronto as required, but his feet were in bad shape and he didn’t pass the medical exam. “When I was called up again in 1943, I passed the medical and was sent to Ipperwash, Ontario, then to Nanaimo and Prince George, British Columbia, for training.”

He had not signed up for service overseas when he was conscripted, and like the others who chose that option, was known as a “zombie” to his fellow soldiers. After some training, though, he decided to sign up to go to war: “I made up my mind then that whatever they asked me to do, I would try and do it.” Private Van Every was sent to England, landing there on June 1, 1944, exactly five days before D-Day. “We were in a camp north of London, and many men went off to take part in the Normandy Invasion, but I stayed in the camp for two months before being deployed and I landed in France on August 1, 1944,” he recalls.

One of the most important Canadian operations during WWII after D-Day was the Battle of the Scheldt that took place between October 1 and November 8, 1944, involving the First Canadian Army, made up of Canadian infantry and armoured divisions as well as British and Polish divisions, pushing against Hitler’s Nazi regime that occupied all of northern France, Belgium and the Netherlands. The Scheldt is a 350 km long river in northern France, western Belgium and the southwestern part of the Netherlands. The British had liberated Antwerp, Belgium, but that city’s port could not be used to supply the Allies in northwest Europe until the Germans were driven from the heavily fortified Scheldt estuary. This is where Private Van Every fought, carrying a heavy Bren machinegun (an example of this gun can be seen in the museum in Kagawong during its Remembrance Week display until November 11) in trenches and along dykes, slowly moving northwards, facing intense German shelling, liberating the territory inch by bloody inch. In the two months before, he says, “We’d gone from Caen and Falaise in France in good weather, heading toward Belgium, lying in trenches with bullets flying overhead, fighting the Germans and taking them prisoner as they surrendered before the Canadian tanks, always moving toward the Scheldt.”

Bill Van Every and his platoon reached the Scheldt River on October 8, crossing the river that night in amphibious assault tanks called Buffaloes. “The next morning,” recalls the ex-soldier, “we were shelled heavily by the Germans, and I was hit.” Private Van Every says he doesn’t remember much about that moment, doesn’t recall the pain of being shot, and it was only later, after he had been taken out on a stretcher to an ‘ambulance that was really a Jeep,’ that he learned he had been hit in his right side, the bullet exiting from his left. He also had a collapsed lung from the shrapnel and was bleeding internally.

“I crawled out after I had been bandaged, but I couldn’t go far and had to stop. That’s when they brought the stretcher. I spent that night in a kind of hotel, then I was taken to a hospital. There were heaps of dead bodies outside, but inside I saw old friends who had been wounded too, and we were happy to see each other alive. I saw a soldier from Ipperwash and asked him if he remembered the ‘zombie,’ and he was shocked to see me; we became good friends.” He was in that hospital for six weeks, his wound so severe it had to be drained of pooling blood every day. “The sheets were clean and white, the nurses were very hard-working, and they called me “my baby,” I guess because I was young and I looked it. ‘How’s my baby today?’ I’ll never forget that.” After his stay in hospital, Private Van Every was sent by boat to an infirmary in England, leaving from the port in Antwerp, which he had helped liberate. He spent time in the British hospital “until just before Christmas,” then was released to a convalescent hospital where he spent another month.

After that, he went on leave to Wales, where he visited with his grandmother’s family, then to Liverpool when Victory in Europe (V-E Day) was declared on May 8, 1945, his birthday. “There were people everywhere in the streets of Liverpool; people were singing, there were street dances and I remember meeting a girl who invited me to a house party. It was an unforgettable birthday.” After the war, he went to Northern Ireland. “Nothing was rationed there, it was another world. I remember being asked how many eggs I wanted for breakfast. Eggs! They thought two eggs wasn’t enough and insisted I eat six!”

After eight days on a big boat full of soldiers returning to Canada, Private Van Every landed in Halifax and returned to Meldrum Bay on leave. He was discharged from the army in Toronto and returned to Hamilton, where he lived for the next 40 years, 32 of those spent working for Stelco. He was married for the second time, on his birthday in 1985, to Pauline Cranston from Spring Bay. In 1995, on the 50th anniversary of WWII, they travelled to Holland. “For the Dutch, there is nobody like a Canadian. We were put up by them and there was a big celebration for the Canadians who had fought for them.”

Today, the Van Everys live in their bright and cozy home in Gore Bay, built by Pauline’s brother. “As a private, I was paid $1.30 a day. After my discharge, I got $3.75 a month for three years, then that was cut off. But in 1988, my pension was reinstated through the Legion, and now we have help with meals, grass cutting and snow shovelling, we have health benefits for hearing aids and glasses and dental care. I always tell people who don’t know to get the Legion magazine from Veterans Affairs, you can get help. Veterans Affairs has been pretty good to me.”

“As I say, I was one of the lucky ones,” says Bill Van Every. “I had the best sergeant. I never got into the war much, because I was wounded early on, and the nurses treated me so well. It’s something I wouldn’t want to have missed. You know, no man knows what he can do until he gets into it. Being a private was the best job I ever did.” 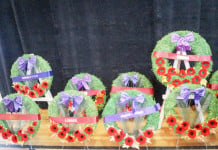 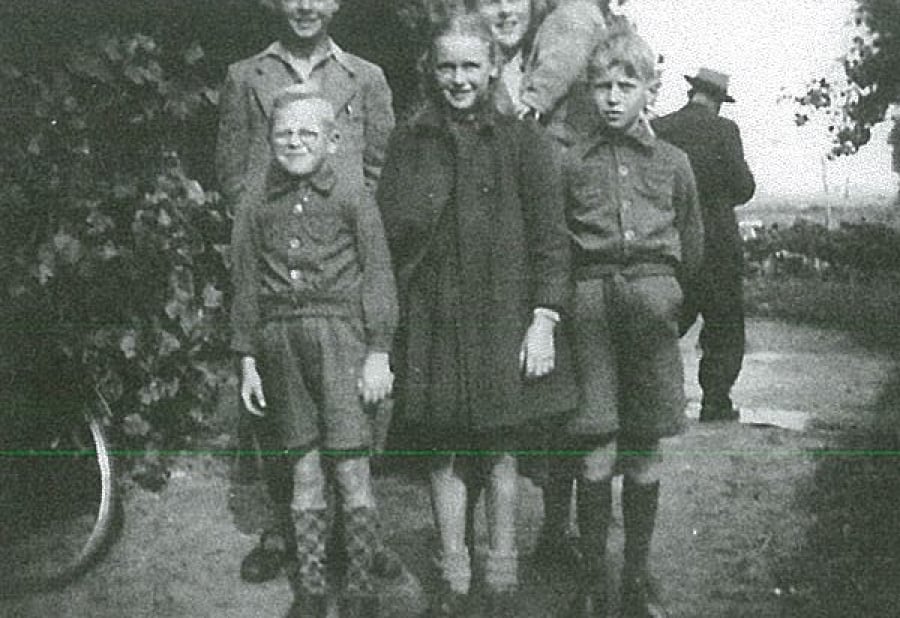