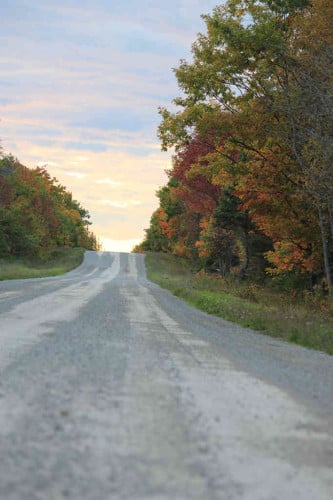 KAGAWONG—Billings Township council has agreed to contact its township lawyer and advise him to commence an expropriation procedure immediately on Fraser Road. The road is involved in an ongoing longstanding legal action in which the township has been seeking to have Fraser Road declared a public ‘given road.’

Billings Mayor Austin Hunt read a proposed motion to council at its meeting this past Monday. “Whereas the issue of the ownership of Fraser Road, running through Lots 13, Concession 13, Lot 12 Concession 13 and Lot 13 Concession 12, has been an ongoing issue for years; and whereas the township of Billings is of the option that it is a public ‘given road;’ and whereas the issue of ownership needs to be resolved in the most cost effective expedient manner; be it resolved that council instructs the clerk-treasurer to contact the township lawyer, Steven Watt, and advise him to commence the expropriation procedure immediately.”

“What has happened is that we feel this is a township-public given road,” said Mayor Hunt, who noted the township has over the years provided some maintenance and work on the road.

Residents on the road have put up a gate to deny full access to the road, feeling that the road is on private property.

“And a satisfactory resolution on this issue has been ongoing for quite some time now,” pointed out Mayor Hunt.

Mayor Hunt stressed, “none of us on council is keen on expropriating this road. The only other time that I can recall we ever took action like this was when we expropriated property to be used for our municipal dump site. To my memory council has never done this before.”

“At an expropriation hearing in court, our lawyer will get two appraisals of the property and the judge normally accepts the higher one in these cases, and we would have to pay these costs to (the owners of private property on the road who have gated the property) to have the road judged a given-public road (owned by the township),” explained Mayor Hunt. “Then we could get the road back in use again.”

Council passed a motion in favour of expropriating the road.