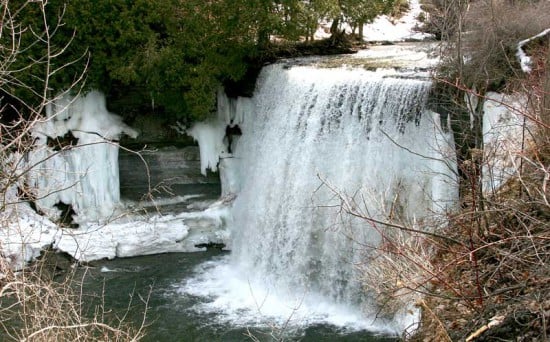 KAGAWONG—A Kagawong resident feels Billings Township should have looked at taking over the operations of the power generation station in the community, instead of allowing another company to do so.

“I’m surprised with what has happened with the township signing the agreement with Oakville Hydro Energy Services to take over the power generation station contract from Kagawong Power Incorporated,” said Joseph Gold, a local resident (and chair of the Action Kagawong Watershed Association (AKWA).

“It seems to me that would also help our economy in the township,” said Mr. Gold. “And we could all be sure that someone would be accountable.”

“I’m interested in hearing from the owners of Oakville Hydro and their plans,” added Mr. Gold. “But I think the municipal council has missed an opportunity to do something itself by taking over the power station. They just pushed aside the entrepreneurial aspect of this. I’m thinking in a sense maybe we don’t even need a counci––they don’t seem to find the need to participate in anything like this that would provide real benefits to the community.”

“If (Reeve) Aus (Hunt) says that council didn’t know about the agreement until a week before councils meeting, it raises a serious question. The township allows deals to be signed like this, and agrees to it as a council, without having good knowledge of the company taking over?”

“It’s my own personal opinion, I don’t feel the ratepayers have much of a voice in anything,” continued Mr. Gold.

“I would like to know how the people of Billings feel about the new owners of the generating station, and the contract itself. It seems to me it’s a big deal, taking water from the lake, and the new operator needing to meet the requirements of the permit to take water. So it makes a difference to all of us who the water operator is. It affects everyone in Billings, resort owners, tourist operators, recreation, businesses, all taxpayers,” said Mr. Gold.

“I don’t know how it’s working when Billings has signed off on the agreement with landlord responsibilities,” continued Mr. Gold. “You need to protect yourself from agreements such as this, for the whole township and it seems to me we don’t have that ownership. But the reeve has made it clear in the past he and council didn’t want to bother with monitoring water levels, concerns with flooding and other issues that have come up over the years.”

“As taxpayers-residents we don’t seem to be consulted on major decisions and issues like this that affects all of us,” he said. “When there are issues like lower water levels, and the levels needing to be taken, issues around flooding, that affects so many residents, I think it would be obvious to involve the ratepayers for input and concerns. In this case, personally I feel council could have hired an engineer and have the township run the power generating station.”

“Why not do this as a municipal project?” asked Mr. Gold. “I’m sure there are a number of other municipalities that run their own power generating stations. Council would be the most interested party and the most natural to have control of this power station, along with being answerable to the taxpayers.”

“My main point is that we are at the mercy of who comes along with a cheque book to buy an operation, without council being directly part of the negotiations and the taxpayers not being involved before this agreement was reached,” Mr. Gold concluded.