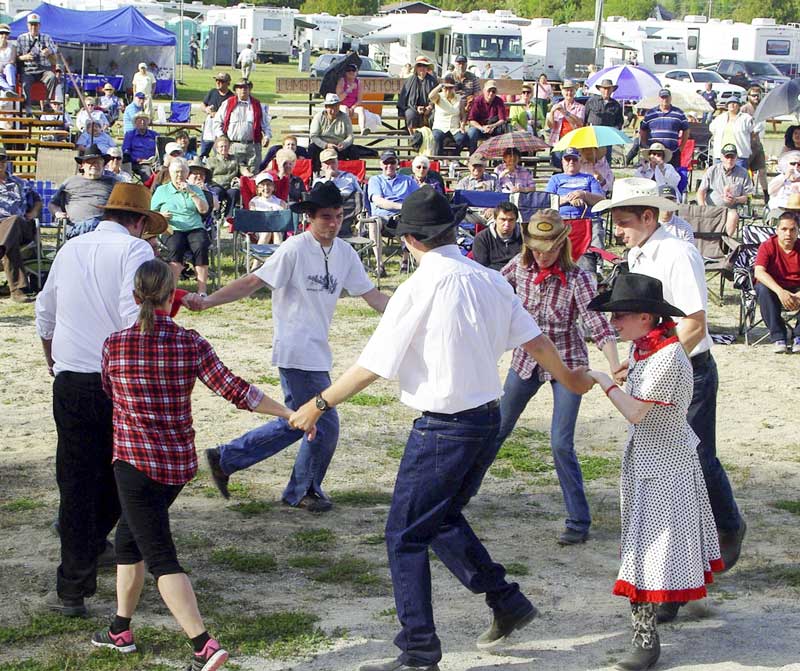 PROVIDENCE BAY—It has been quite a run for Bluegrass in the Country, starting out on a wing and a prayer by (Brother) John Featherstone and a handful of hardy volunteers in 2010 to grow through hard work and dedication into one of the most successful bluegrass venues in the country that it is today.

“It has really been wonderful to see it grow the way it has,” said Mr. Featherstone. “We always hoped and dreamed that it would, but this has truly been a dream come true.”

When Bluegrass in the Country began, Bluegrass in Canada and Ontario wasn’t that well known a genre. “Bluegrass was really more of an American phenomenon,” he noted. “But now we have people getting in touch with us to take part.”

The original show was a one-day event and held in the Providence Bay arena. “It was a one-day show held in the Providence Bay arena and that year we had maybe eight trailers and a few hundred people in attendance,” recalled Mr. Featherstone. “Today Bluegrass in the Country is considered to be one of the very best events on the bluegrass circuit in Ontario. Fans and performers come from all parts of the province.”

“Our show has become a community embraced event,” continued Mr. Featherstone. “The Providence Bay Fair Board is a huge blessing to us. There are more than 100 local businesses who sponsor our show and without their commitment the show would not be possible.”

Mr. Featherstone added that the event also receives support from the Municipality of Central Manitoulin. “Our committee of volunteers works together very hard throughout the year to make this weekend extra special,” he said. “From the fantastic performers who always enjoy coming and who give us their special rates for Special Olympics, we say thank you. To the Red Hat Ladies who have taken over decorating our venue we say ‘wow way to go.’ To 100.7, our local radio station, we say thank you for giving us a huge leg up promoting this event.”

The real supporters, however, are the many folks who buy tickets for the event. “They really make this happen,” he said.

Each year many of the Special Olympians can be found helping out at the event or just taking in the show—and well they would! This year’s event will feature headliners like the Canucky Bluegrass Boys, Jan Purcell and Pine Road, Winterline and Rescue Junction, local favourites like Robbie Shawana, Country Road 44, the Mason Dixon Line, and Down Yonder, and many more entertainers are lining up all the time.

“We have had incredible support from local businesses,” said Mr. Featherstone. “It is really humbling to see the way people have gotten behind this event.”