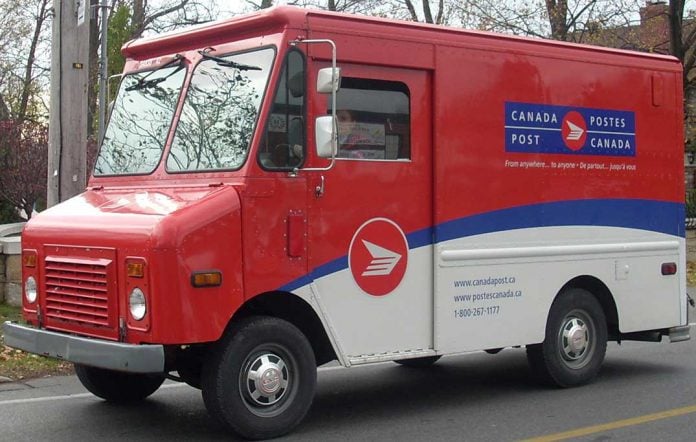 CANADA—If a new collective agreement cannot be reached, about 50,000 Canadian Union of Postal Workers are preparing to walk off the job later this month.

Members of the Canadian Union of Postal Workers (CUPW), both the Urban Postal Operations Unit and the Rural and Suburban Mail Carriers (RSMC) unit, have voted overwhelmingly in favour of strike action.

Strike votes were held across the country between August 7 and September 9, and provisional numbers show 93.8 percent of urban workers and 95.9 percent of rural workers support their bargaining committee and are ready to take action if necessary. Final audited results may vary slightly. CUPW will be in a legal strike position as of September 26 if the parties cannot reach an agreement.

“Over the last decade, the working conditions of all our members has deteriorated, leaving many overburdened, with little time for their home life,” said Mike Palecek, national president, CUPW. “This ends now. Our members have spoken-this is the time to address serious workplace problems.”

“Postal workers are also bargaining for the future-future employees and everyone who relies on the postal service,” said Mr. Palecek. “Expanded public services at the post office will help our communities thrive, which is why we have put new services for all at the front and centre of our negotiations,” he said.

Negotiators have had to address new issues arising from the changing nature of postal work during the past few years, including the continued explosion of parcel volumes, which has placed huge burdens on members. There are also outstanding issues from previous bargaining rounds as well as equality for RSMCs, the press release notes.

On September 7 Canada Post presented global offers to the union, the first time the Corporation has offered any position on the issues, and these offers “simply weren’t good enough,” said Mr. Palecek.

“Our membership has given us a clear mandate to take job action if Canada Post doesn’t come to the bargaining table ready to make some changes to give our workers fair working conditions and expanded services benefitting everyone.”