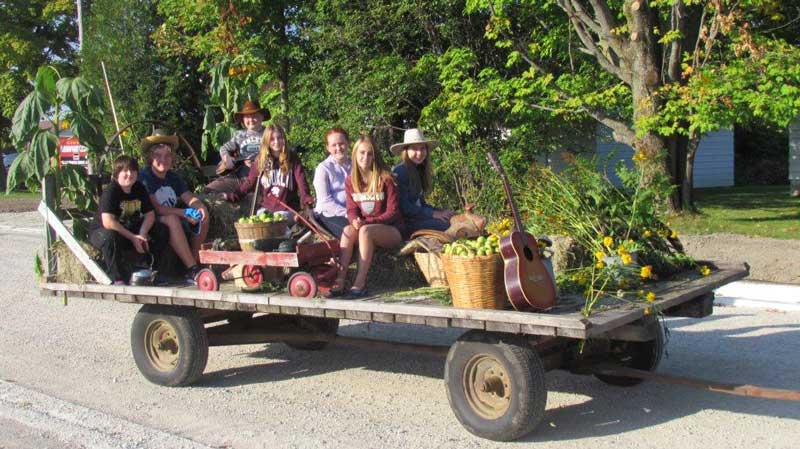 The students worked very hard to prepare artwork, crafts, baking, and other exhibits in the lead up to this annual fall tradition. The parade featured a police car driven by OPP Community Services Officer Steve Hart and a float beautifully decorated for the students by Sharon and Lyle Dewar and driven by Willis Hallet. Perry Keller was also kind enough to bring along a fire truck.

Students paraded to the arena to look at the exhibits and then returned to the school to enjoy a feast.

Entertainment at the arena and at the school was provided by The Islanders, featuring Lyle Dewar, Harold Dewar, Geordie Greenough, Norm Hore and Peter Tilston.