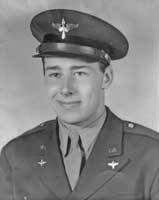 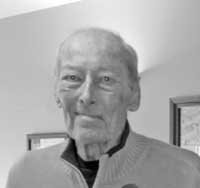 Charles E. Pinand passed peacefully at Manitoulin Health Centre on April 2, 2014 in his 93rd year. He is survived by his wife Connie (Elliott), sons Walter (Karen) and Steve (Debbie), daughter Debbi (Murray) and daughter-in-law Debbie (Tim predeceased). He leaves behind seven grandchildren and five great-grandchildren. Also survived by brother-in-law Gerald Elliott (Audrey) and sisters-in-law Freda Farquhar, Marie McIntyre and Judy Hyatt, and numerous nephews and nieces. Chuck was born in Sudbury, PA, attended Stanton Military College and served in the US Airforce during WWII. When the war was over he discovered Manitoulin Island and chose to make it his home. He was a tourist operator, but his most enjoyable times were running an outfitter camp for hunting and fishing for many years which was named Moosewa Outpost. His love of the outdoors and being on the water still remained with him until the very end. He spent the past 3 1/2 years as a resident of the Manitoulin Centennial Manor and for him, he had it all there, a view of the water and mountains, numerous activities to keep him busy but most of all, the care and compassion of his caregivers and friends. His family will miss his quick wit and stories, but he has left behind a great legacy. He will be cremated and laid to rest with a family service at a later date, according to his wishes. Donations in memory of Charles can be made to the Manitoulin Centennial Manor. Leave your thoughts, memories and photos at www.islandfuneralhome.ca.