TEHKUMMAH—The Tehkummah Township Public Library has had another successful year running its used book store at the South Baymouth Ferry Terminal, netting total sales of $4,760.20 in 2018.

“It’s up, way up from last year,” says library board secretary Mary Johnston. “And last year was a very good year.”

The books sell for 50 cents each, which translates to about 9,520 books based on the total income but does not account for any larger donations that may have been made. Tehkummah has been running book sales in the ferry terminal for four years now and the library’s footprint in the terminal has increased along with the sales.

“We started out with the one section by the door, and then this past year we expanded to another section on the other side of the terminal,” says Ms. Johnston. “It’s very kind of the ferry people to allow us to be in there for this purpose.”

To say that the used book store has grown is an understatement. Revenues in the first year of sales, 2015, were $458.65. The sales have essentially doubled each year, with 2018’s sales marking more than a tenfold increase since the start.

The duties of maintaining the section, including tidying and restocking the shelves, is shared by librarian Susan Hart and the five members of the library board who all take turns. Ms. Johnston says meeting people who appreciate the book store is a fulfilling experience.

“You get to talk to people who are book shopping or just browsing, and people seem to be very receptive. It’s something they can do while waiting for the boat and something to do while they’re on the ferry.”

Some of the past customers have even gone further and contributed to the book sales for future patrons.

“People have come through and bought a book last year, and when they come back this year they’ve brought us books to donate. It’s a really wonderful way to keep people reading,” says Ms. Johnston.

That’s only one way that books find their way to the shelves. The library placed a public call for book donations to be sold in the fundraiser, after which they were soon “inundated” with books of all genres, from thrillers to how-to guides to children’s books.

“We have oodles of them in storage right now and a couple members had space they could donate, so we put the books away for next spring,” Ms. Johnston says.

The Tehkummah Township Public Library is supported by grants from provincial and municipal governments to cover its main operating costs. These funds help to cover unanticipated or extra costs that may arise during the year.

“It’s profitable enough that it supports the library now without us old people having to do any more fundraising. We used to have to do all kinds of things but we’re all getting too old for that,” laughs Ms. Johnston.

“It’s totally amazing what 50 cents here and there can do.” 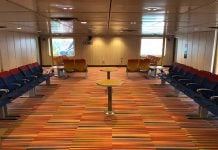 Tom Sasvari - June 9, 2021
KAGAWONG—With the support of the Manitoulin broadband committee, Blue Sky Net is issuing a request for information (RFI) to its network of internet and...

Press Release - June 9, 2021
MANITOULIN—The Manitoulin Expositor Salmon Classic is back. Anglers can look forward to an abridged version of the popular salmon derby this summer, from July...