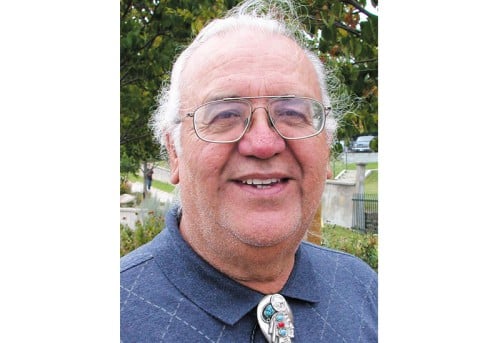 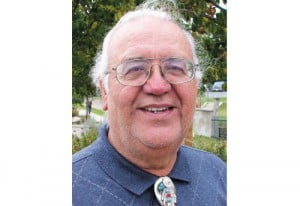 M’CHIGEENG—M’Chigeeng Chief Joe Hare is seeking assurance from the Children’s Aid Society (CAS) of the Districts of Manitoulin and Sudbury that an overly aggressive approach of removing children from their homes will never be used on the M’Chigeeng First Nation, and while he waits for this assurance in writing from the executive director, a 30-day ban has been placed on all CAS organizations, preventing them from setting foot on reserve territory.

The chief said the CAS should always seek an alternate plan of care, with the help of the community, with apprehension as a last resort.

This month-long ban comes on the heels of the news that the family of a M’Chigeeng band member, living off-reserve in Algoma, had their family separated earlier this month in what Chief Hare believes is an unacceptable fashion, calling the move “heavy handed.”

In a press release, the chief reports that the family was met with two CAS workers (from the CAS of Algoma), six Ontario Provincial Police Officers and an ambulance attendant “because the house where the family was living was not spotlessly clean and dirty dishes had not yet been washed.”

“This invasion of a home is what alarms me,” said Chief Hare, noting it was this act that prompted the ban. “They are treating parents like criminals, and they don’t even bother contacting our office, as they are required to do.”

The Expositor contacted Jim Baraniuk, executive director of the Algoma CAS, and while he could not comment on this case directly, he said his organization always tries to accommodate the needs of their First Nations clients, but sometimes, because of the risk involved for the children, alternative measures are not an option and apprehension occurs.

Mr. Baraniuk said that generally when a case involves a First Nations family, the CAS is accompanied by Nogdawindamin Family and Community Services, a child welfare protection service akin to Manitoulin’s Kina Gbezhgomi.

When asked if the Algoma CAS contacts the member band of the families, he says they do if the case is before the courts, but not necessarily before an apprehension. This, says Chief Hare, breaks the rules.

Colette Prevost, executive director for the Children’s Aid Society for the Districts of Sudbury and Manitoulin, acknowledged that chief, council and band representatives will always have the welfare of the children of their community first and that “we’re all on the same page.”

She also said that direction is taken on a case-by-case basis, but that the respect of the First Nations and their children is first and foremost.

“Before we come onto a First Nation or engage a member of a First Nation community, that community is advised of the plan,” she explained, noting that Kina Gbezhgomi workers will also attend the home along with band representatives or even the chief.

Ms. Prevost said she received a letter from Chief Hare advising her of the ban, but said she hopes to have a meeting with the community leader.

“We respect and understand what the priorities are and we will certainly work toward addressing the question as to whether a ban is necessary for that amount of time,” she said. “We need to ensure the families still get CAS services, through band representatives and the chief. Chief and council need to always be advised and make sure they’re not left unaware.”

“We’ve always maintained a good relationship with the First Nation communities, not meaning that it’s free of problems, but this is clearly an issue to the chief, given his level of response, and I look forward to meeting with him,” Ms. Prevost added.

Chief Hare talked with Ms. Prevost on Monday morning, asking her for assurance in written form. “Talk doesn’t mean very much to me,” he said. “I need to be assured that their approach will be careful and considerate.”

The chief acknowledged that there are currently more aboriginal children in care than ever before—three times the amount of the 1940s, in fact.

“Obviously something isn’t being done right,” Chief Hare said, “and a preventative approach is more effective.”

The chief said the last time something similar to the situation on the North Shore happened in M’Chigeeng, the council chambers were designated a safe zone for the children and the CAS was told they could by no means enter the room. Eventually, he continued, the CAS left.

When asked about the plan of action should the CAS be found in M’Chigeeng, the chief replied matter-of-factly, “Well, I’ll just ask them to leave.”