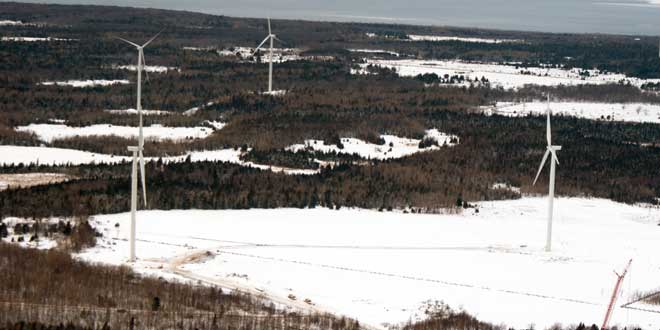 TORONTO—The proceedings of a November 7, 2014 hearing before the Discipline Committee of the Royal College of Dental Surgeons of Ontario to deal with allegations of misconduct against Dr. Zbigniew (Bill) Studzienny contained in four Notices of Hearing, that he had improperly refused service to patients over their stance on wind turbine farms, have been released.

The proceedings were heard before a committee made up of Chair Dr. David Segal, Dr. Elizabeth MacSween, Dr. Peter Kalman and public members Dr. Edelgard Mahant (public member) and Mr. Jose Saavedra. Legal counsel included Dayna Simon for the College, Michelle Gibbs for Dr. Studzienny and Brian Gover, independent legal counsel for the Discipline Committee of the Royal College of Dental Surgeons of Ontario. The names of the three people who filed the complaints with the college are subject to a publications ban on the consent of both the college and Dr. Studzienny.

In the agreed statement of facts, Dr. Studzienny specifically admitted having “engaged in the form of professional misconduct alleged in each of the Notices of Hearing.”

According to the Registrar of the Royal College of Dental Surgeons of Ontario, the information, which gave rise to the investigation, came from an “informant who is not a patient of Dr. Studzienny’s” and that the informant had contacted the college as a result of “articles he had read in The Manitoulin Expositor regarding Dr. Studzienny’s refusal to treat patients from the First Nations who support windmills on Manitoulin Island.”

The informant stated that he was concerned that refusal to treat patients “may be unethical, unprofessional and may be racially biased.” The informant went on to name three patients he alleged were dismissed from Dr. Studzienny’s dental practice for this reason.

Among the items provided to the college by the informant was a copy of a letter titled ‘Welcome to Manitoulin, where we make electricity for Toronto and profits for European investors’ published in The Manitoulin Expositor. In the letter, Dr. Studzienny “wrote about his concerns and protest over the windmill projects and said he is asking the council of Little Current and the council of M’Chigeeng, to please not come to my practice for any help.” The letter went on to say that if the councillors were current patients in his practice that he would “do everything necessary” to transfer their records and or radiographs to another dentist.

As a result of his investigation, the registrar of the college, Mr. Irwin Fefergrad, determined that he had reasonable and probable grounds to conduct an investigation of Dr. Studzienny’s practice.

Dr. Chris Swayze was then appointed to conduct the investigation.

Dr. Swayze interviewed Dr. Studzienny and reported that the dentist had stated that his decision not to see certain patients had nothing to do with race or background, only support of the wind farm “which is destroying the mountain on McLean’s Mountain; that he believed that he “had to make a stand;” that he had told the three patients that he would not see them, but that he did not refuse to see their families; that he got so upset over the wind farm that his hands shook; that none of the three patients were in active treatment (although one needed a new partial); and that he dismissed the patients by posting an article in the local newspaper stating how he felt about the wind farm, had told one patient in person, another over the phone and that his office staff had cancelled the third patient’s appointment over the phone.

The investigator interviewed Dr. Studzienny’s office staff and two of the three patients who were dismissed. He was unable to contact the third.

One patient, a First Nation band councillor, said that although he was offended that a group would be singled out in this way, he did not think it was a cultural or race issue, but “about anyone who supports windmills.” Another patient, also a band councillor, interviewed by the investigator said that he was a patient of Dr. Studzienny’s for more than 20 years and considered him a friend. This patient said that he had heard that Dr. Studzienny had made a racial slur and swore at him saying “you First Nations people are really greedy.”

Copies of the articles in The Expositor and a transcript of a CBC interview were also attached to the investigator’s document book.

In response, Dr. Studzienny maintained that his refusal to treat certain patients did not apply to all Native people, but only to council members of two communities and that two other non-Native families had been asked to leave the practice but had not complained about him. Dr. Studzienny said that he was not a racist, that he had served the community for more than 20 years and produced a letter of support written by local elders and a former chief of a neighbouring reserve.

Dr. Studzienny maintained that his views were “more environmental than political.”

The dentist expressed remorse over the trouble that had been caused, and although he believed that he had done the right thing, he should have “kept his mouth shut.”

The committee finalized its decision on April 24, 2014 and referred the specified allegations of professional misconduct to the discipline committee.

In a complaint from a non-Native community member, who was also a patient of the dentist, she said that his refusal of service to those with different political views was “unethical, appalling and an abuse of power.” She said she wondered how she would be treated, or refused treatment, because she had a different view of the wind turbines, adding that in Northern Ontario “it is difficult to find another dentist as there are only two to three on the Island” and some are more than 45 minutes away and/or not accepting new patients. She characterized the dentist’s advertisement in the paper as “full of lies and hyperbole to create fear among a mostly uneducated population of a Northern insular community.” Dr. Studzienny’s response was that Canada is a democratic country and he had a right to free speech, even if he does have a higher education; that the college should tell the complainant to “leave me alone” and that the patient was condescending and showing her ignorance by referring to the people of the community as “mostly uneducated and insular.”

The most highly charged of the allegations, filed by a M’Chigeeng band councillor and elder through his lawyer Susan Hare, alleged that Dr. Studzienny had said “you know, you people are really greedy. He knows that ‘you people’ means ‘you Indians’.” This patient maintained that he should have not been denied services because he is Ojibway.

In response, Dr. Studzienny offered a sincere apology to the patient if he had caused him hurt or grief and that when he said “you people” he did not mean First Nation people, he meant the town councils of Little Current and M’Chigeeng; that he is not a racist and that he has Native friends and that he never said he would discontinue treatment to the entire community, just to the town councillors. Dr. Studzienny went on to say that any patient can “call him any time if they are in pain or have an emergency.” But that as a professional, he felt it was his responsibility to speak up.

Dr. Studzienny said that he never intended to harm anyone on the basis of their race, creed or religion and that his choice of words was unfortunate, for which he apologized.

In conclusion, the panel accepted a joint submission from the college and Dr. Studzienny that the dentist was in fact guilty of professional misconduct and imposed the following penalties: requiring the member to appear before the panel and disciplinary committee to be reprimanded within 90 days; directing the member to author signed letters of apology, one to the residents of his community to be published at his expense in The Manitoulin Expositor and one letter directed to members of his profession, to be published in Dispatch Magazine; a direction to the member to develop, implement and consistently follow a policy/protocol for dismissal of patients in his dental practice, to be approved by the college; and that the Registrar impose the following terms, conditions and limitations (conditions) on the member’s Certificate of Registration: that he successfully complete ‘Human Rights 101’ offered by the Ontario Human Rights Commission at his own expense and that he should successfully complete one-on-one human rights and sensitivity training focussed on interactions with the aboriginal community, also at his own expense; and finally, that the dentist pay costs of $4,000.

In the final analysis, Dr. Studzienny’s counsel told the panel that while he “didn’t get it for a long time, now he knows he can’t confuse his passion for the environment with his professional obligations.”

In a response to a question by one of its members, the panel was told that Dr. Studzienny would welcome back the complainants to his practice.

In its rationale for its decision on costs and penalties the panel noted that the situation presented was completely unique, with nothing like it having ever been presented to the panel before; that the dentist’s conduct had caused considerable upset in the community and that the member had continued his campaign against windmills even after being contacted by the college; that by excluding or denying treatment to members of his community who held views that were contrary to his own, and by notifying patients of his decision in an inappropriate manner, both publically and personally, Dr. Studzienny had engaged in conduct that was dishonourable, unprofessional and unethical and that the panel considered it important to send a signal to the profession that this type of behaviour would not be tolerated.

“The panel was unanimous in wanting to clearly establish that while it recognized that all professionals have the right to their own views and opinions, these views must not lead to the abrogation of members’ professional responsibilities to their patients.”

Among the aforementioned penalties and requirements, the panel also noted the mitigating factors that, by admitting the allegations of professional misconduct, the member has not only saved the college significant time and expense by the avoidance of a long and costly hearing; he has also obviated the need for a hearing with witnesses who might have found the process very difficult.”

Other mitigating factors were that Dr. Studzienny had no prior conduct history in more than 25 years of practice, cooperated with the college and had shown remorse and pleaded guilty.