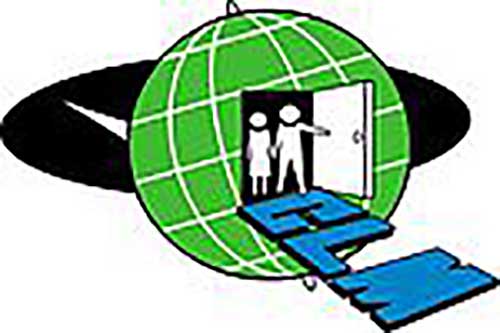 MINDEMOYA – Community Living Manitoulin (CLM) is forging ahead into its 69th year of operation with a new strategic plan and three spaces left for eager board members looking to join the ranks, while its new interim executive director splits her time between Manitoulin and Community Living Espanola.

“I find the CLM board of directors very engaged; they’re very interested in improving anything whatsoever to do with CLM. They’re a very diverse board and they’re going to bring a lot to the organization. I’m quite impressed,” said interim executive director Louise Laplante. “I’m also impressed with the management team. They’re working without a full-time executive director present all the time and they’re doing their jobs—with some direction, of course—but doing a great job of continuing to lead their programs.”

Board chair Pam Lambert told The Expositor that former executive director Tammie Molenaar had stepped down to follow another career path. The current transition team includes Ms. Laplante and Developmental Services Ontario navigator Tracy Love, the latter of whom is on a short-term summer contract to focus on staff development and programs.

CLM has its roots in theFlower of Hope School in Gore Bay, an organization created in 1950 by a group of parents of children with developmental disorders. They did not want to institutionalize their children and felt they would do better living within their home community and participating in activities such as education alongside their peers.

“We are so pleased for the support and hard work of our executive team and their supporting management staff,” stated Ms. Lambert in a release. “We, like all others in the service sector, will face some challenges moving forward in the next four years and having great staff who can face those challenges head-on is reassuring.”

CLM is not expected to bring on a permanent executive director for its site any time soon. Its press release notes that there is no plan in place based on directives from the Ministry of Children, Community and Social Services. Ms. Laplante said CLM has yet to receive a budget for its current fiscal year (which begins April 1), when those details are normally received by the end of April at the very latest. For the time being, CLM is receiving its funding on a monthly basis at the same levels as last year.

“It’s a bit of a waiting game to see if we will be getting the same amount of money as last year. If not, we might have to look at possible cuts, that sort of thing. I’m hoping by the end of the summer we will have better info moving forward of what it’s going to look like until the end of the fiscal year,” said Ms. Laplante. “There’s no plan to hire a full-time permanent executive director at CLM at this time, but that can change when we hear more about what our budget looks like.”

Fortunately, the duties at the two sites come with some similarities so the transition has not been insurmountable.

“There are many things that are very similar, although CLM is slightly larger—they have slightly more employees and individuals that they support—but not a lot more,” said Ms. Laplante, adding that both receive similar levels of funding. “The similarities are that we use the same ministry program supervisor, right down to the same national representative for union negotiations at CUPE (Canadian Union of Public Employees). We follow all the same ministry directives, the same financial reporting, everything.”

A fair amount of the reports that must be undertaken at one site are nearly identical to those at the other, which streamlines a significant portion of the workload. Ms. Laplante takes care of more of the higher-level ministry reporting and duties while Ms. Love looks after more of the program-level management such as staffing and client issues. She will be providing a report by the end of the summer to assess the organization’s position.

“I’m more than willing to continue for as long as necessary to provide a shared executive director service with CLM. At some point in time, more permanent decisions will have to be made but there’s no plan right now as to what that will look like,” said Ms. Laplante.

The organization is forging ahead despite the logistical challenges it faces. Its board of directors recently approved a three-year strategic plan that outlines major improvement areas including fostering stronger links within the community, enhancing individual supports and services and increasing CLM’s financial sustainability.

Some 26 of CLM’s clients are currently undertaking minimum-wage work placements and several have transitioned into full-time jobs. CLM is actively seeking fitting new work opportunities for its clients who are eager to work, as well as host families to welcome residents into their homes. Information sessions on becoming a host family are scheduled for this fall.

“As a board, we thank all those who support the individuals served by our organization through job placements, volunteering and donations,” said Ms. Lambert, adding that the residents are constantly looking out for volunteer opportunities. There will be social gatherings at CLM’s hub this summer that will include activities such as live music, barbecues, lemonade sales and art socials.

CLM, which posted a budget surplus last year, welcomes new people to join its ranks. Information can be found by emailing ExecutiveDirector@CLManitoulin.com or by calling 705-377-6699.