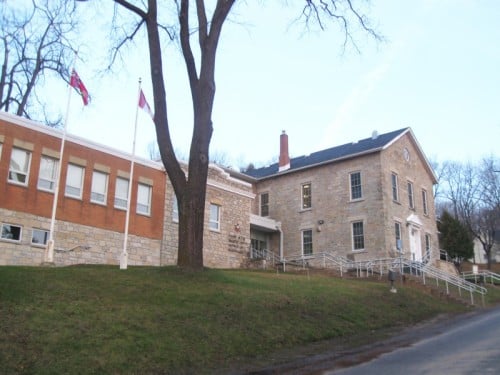 GORE BAY­­––Delays have again taken place for the reopening of the Crown Attorney’s office space at the Gore Bay Court Office, due to concerns of air samples containing mould having been found through a consultants study.

Brendan Crawley, with the Communications Branch of the Ministry of the Attorney General, Ontario, explained to the Recorder in an email on Tuesday, “an independent Occupational Health and Safety consulting company was retained by Infrastructure Ontario Property Services (on behalf of the ministry) to conduct mould, carbon dioxide and avian pathogen sampling within the Gore Bay courthouse as part of an ongoing monitoring program to address employee concerns.”

Based on the November test results, the consultant concluded that, “air samples taken inside the courthouse revealed the presence of several species of mould,” wrote Mr. Crawley. “The distribution of the fungal types found within the courthouse does not indicate an indoor source of mould, but rather is a reflection of inward spore transport from the outside, possibly due to the large amount of foot traffic in the courthouse.”

Carbon dioxide readings were within the accepted ministry guidelines, reported Mr. Crawley. He explained, “one sample was positive for avian pathogen in the attic. The area will be recleaned as per health and safety standards and resealed to prevent animals re-entering.”

It should be noted that remote areas in the building, including the attic, are not accessible to staff, wrote Mr. Crawley. “We will continue to monitor and conduct additional air quality tests in December and January.”

Mr. Crawley added, “we are currently working on arrangements for Crown staff to return to the courthouse, however, we do not expect these arrangements will be made before January.”