MINDEMOYA—Staff Sergeant Kevin Webb, former detachment commander for the Manitoulin detachment of the Ontario Provincial Police (OPP), had nothing but praise for the members of the Manitoulin Community Police Advisory Committee (CPAC) at his final CPAC meeting last week. Staff Sgt. Webb has accepted a transfer to the Sudbury OPP detachment as its new commander.

“I have been very impressed over the past seven plus years with how committed the volunteers on this committee have been,” said Staff Sgt. Webb. “Our communities have always been supported and represented here at CPAC. Many of the issues we have talked about here are not just about police. This venue identifies issues in common with a team approach to problem solving.”

“I wanted to provide an overview of some of the things we have accomplished together as community leaders over the past seven and a half years,” said Staff Sergeant Webb. He noted he had arrived on the scene to take over the position of staff sergeant in June 27, 2011. “Through teamwork and strong leadership on the Island we have accomplished many things.”

Staff Sergeant Webb noted that, when he arrived, the Town of Northeastern Manitoulin and the Islands had been dealing with the OPP boathouse issue. This was addressed and ultimately removed as part of the community’s waterfront beautification project. 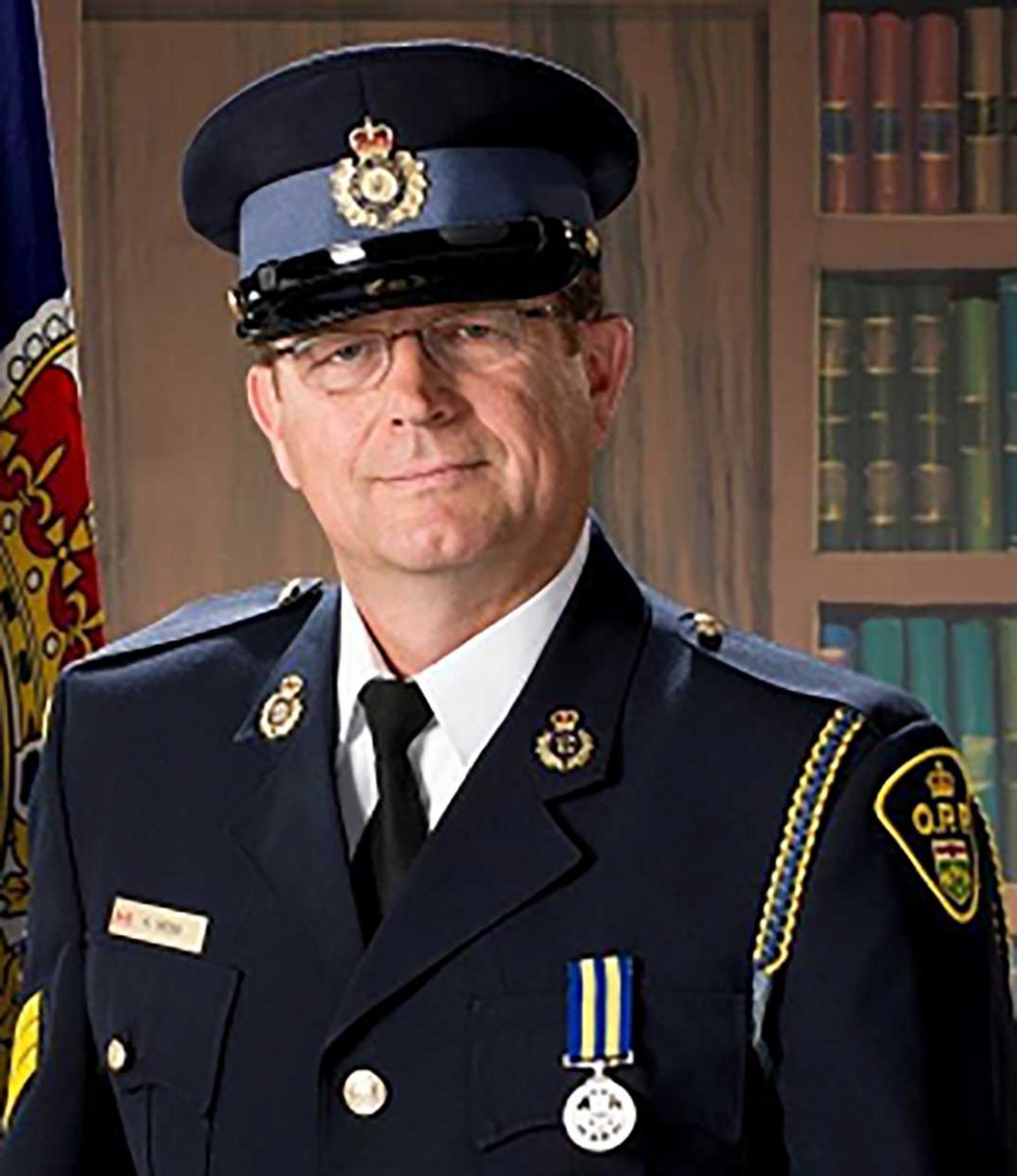 In an effort to gain a better understanding of the cost of policing, Staff Sergeant Webb presented the OPP billing model to CPAC and how it relates to financial impacts the communities were faced with. “It was a priority early on that I was accessible to local leaders, mayors and reeves. I took the opportunity to go to the Manitoulin Municipal Association meetings,” he said. “It was a great venue to brief and educate the community leaders on OPP priorities such as the billing model, local drug strategies, the marine program and recently the modernization plan. We worked on addressing public safety issues surrounding local festivals such as the Haweater Festival, Pearson Cup and Harbour Days with a measured police response. With Manitoulin Countryfest, police worked with the committee to mitigate issues surrounding public disorder. “Our marine unit, for instance, has been committed to the Kagawong Summerfest in the interest of water safety.”

“Other priorities has been crime reduction, highway safety and addressing issues surrounding civil disobedience,” said Staff Sergeant Webb. “We have marked success in the reduction of personal injury crashes and motor vehicle deaths. We have had no deaths on our roadways in the past seven and a half year. This year I’m happy to report a reduction in car/deer collisions.”

“The last thing with the traffic side, we have seen a reduction in alcohol-
related motor vehicle accidents to almost non-existent,” he said.

“We had a bridge dedication honouring Constable Lloyd Lackey who was killed in the line of duty. There will probably be another dedication in the next couple of years.”

“We have been getting into more and more technology over the years,” said Staff Sergeant Webb. “We talk about visibility and being on the road. Computer tablets in cruisers for officers’ civilian data entry, and cell phones in all cruisers. The Field Support Unit handles 25 to 30 percent of the calls in our area freeing up officers on the front line.”

He noted, “the Community Mobilization Program brought community and police together to problem solve and shared responsibility in addressing social problems. As for all our partners, I can’t say enough about their value,” stated Staff Sergeant Webb. “With our two aboriginal police services, we have worked together on things like our prisoner Transport Unit, our Drug Strategy, joint training and working with our medical community on our response to mental health. There are many other examples of community partnerships that have had a major impact on public safety and victim support.”

“There are exciting programs in the works as we continue to move forward, such as the Modernization Project, the Scope Program and assuming the policing responsibilities of the Town of Espanola,” continued Staff Sergeant Webb.

Staff Sergeant closed his comments with thoughts on his officers and staff. “All of the great accomplishments we have shared are attributed to the great members of the OPP that serve our communities. The detachment custodians that maintain the facilities and fleet. The guards that work all hours of the day and night to ensure the safety and security of prisoners, our special constables that transport prisoners and help with court security, our detachment administrative clerks who address the public and run the detachment administrative assignments and the dedicated officers on the front line. It has been an honour to work with these individuals. In closing, it has been my honour to serve our communities and the citizens of Ontario. Thank you.”

“It has been a pleasure to work with everyone on the committee and we are going to miss you (Staff Sergeant Webb), but I guess everyone has to move on,” said CPAC Chair Bruce Wood.

Dale Scott, a Central Manitoulin councillor said, “I have been a member of this committee for four years, and I appreciate the work you have done. You have been so approachable and listened to concerns.”

“I appreciate all your efforts over the years,” said Hugh Moggy, an Assiginack councillor. “Thank you.”
Wayne Bailey told Staff Sergeant Webb, “you listen but most importantly things are followed up on to try and find a solution to problems.”