GORE BAY – While it appears as if nothing will prevent the pending closure of the Ontario Fire Training College, it may not mean all bad news for fire departments and getting needed training for its firefighters.

“As much as the announcement initially that we are losing the Ontario Fire College Training Centre (which is set to close at the end of March) was bad news, if other resources are provided through the college and province as fire departments we may be okay,” stated Mike Addison, Gore Bay fire chief after a meeting fire chiefs around Ontario had with representatives of the Ontario Fire Marshal’s office last week.

“There has been a lot of commotion and uproar with the plans to close the college and municipalities, politicians and fire departments sending letters of concern to the province,” said Mr. Addison. “However, one thing that came out clear at the meeting is that nothing is going to change; as they said initially, the college is going to close. But they have also indicated there will be more opportunities for online learning, more regional training centre locations set up; although they aren’t going to happen here (Manitoulin area).”

“They (OFM) indicated there will be more on-location training provided,” said Mr. Addison. “This is where the OFM sends in instructors to a fire department to provide training—something the Island fire departments have done in the past. He said it might work out if the costs are not high and several fire departments can take part in the same fire training session at the same time.

“We were also told that no staff will be let go from the college, they will relocate to other offices mostly in the Toronto area,” continued Mr. Addison.

“Not many of our local fire departments use the college much,” continued Mr. Addison. “If the province helps subsidize the costs of having instructors come here, for example, to provide training, it might be okay.” He said the province is planning to provide a live fire mobile fire fighting training demonstration facility for training as well.

“As much as initially hearing the fire training college was going to be closed was concerning, if the province provides all these other resources it may not be too bad,” said Mr. Addison. “We can and have done online fire training, where a fire fighter can watch a half hour video to learn, but it is not the same as being at a real demonstration site and climbing a ladder. But we will make the best of it.” 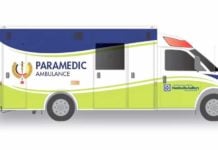 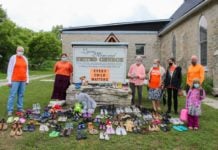 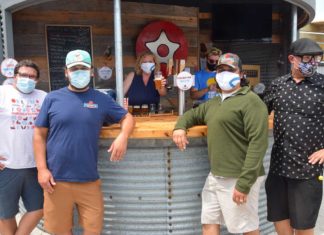