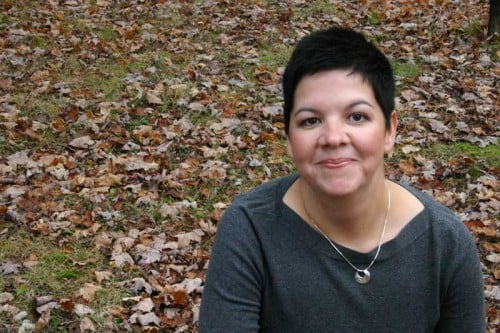 WIKWEMIKONG–Cancer researcher Cindy Peltier has seen the impact of cancer on families. Her own father was stricken by the disease and that experience has played a large part in motivating the Laurentian University doctoral candidate’s research projects. She is currently recruiting people who are battling cancer with traditional medicines, western medicines and both together for her study.

The lived experience of Anishinaabe people with cancer is focussed significantly on Anishinaabe mino-bimaadiziwin, traditional indigenous medicinal practices, and how they impact on the life quality of those living with the disease. Ms. Peltier noted that using traditional medicines assisted her father greatly in dealing with the disease and she hopes to be able to combine people’s experiences, that they are willing to share, in a collective story.

The process must meet a rigorous set of ethical standards in order to proceed and Ms. Peltier is working together with Health Sciences North to ensure these standards are met.

Ms. Peltier is pursuing her Ph.D. studies in the interdisciplinary program at the School of Rural and Northern Health.

Although her study has just begun, Ms. Peltier has already enjoyed some success with one interview completed and another two in progress. “I am just in the process of working out the details,” she said. But there is still a way to go.

Ms. Peltier hopes to interview at least 20 people for her study. She needs at least 10 people diagnosed with cancer, five from each treatment perspective, as well as 10 health professionals­–more would definitely be better.

“I am looking to bring awareness to indigenous healing in the treatment of cancer,” she said, “with an emphasis on the need for ethically safe and appropriate care.” Overall, she hopes her work will add to an atmosphere where Aboriginal people who have a desire to access indigenous medicine in their cancer care will be able to do so.

“My father was fortunate in being able to use both traditions,” she said. “Being able to use culturally familiar medicines made a big difference in our family’s overall wellbeing.”

Eventually, her father was able to find a place of acceptance within his own spirit and that helped ease his transition into the spirit world.

The focus of this study is in how the use of traditional medicines impacts on families’ and patients’ lives, not in the specifics of the medicines themselves or their efficacy.

“It’s making sure that people are aware that they do have a choice,” she said. “And that there is value in the traditional approach to medicines.”

The study is fairly non-intrusive, taking about two to three hours. “It depends a lot on what they have to say and what people are willing to share,” said Ms. Peltier. “In the first part, I explain what is involved in the study and how the interview will be conducted.”

There is a small stipend involved. Participants are being offered $75 for their time an expenses.

“There are a lot of costs involved in cancer treatment, a lot of travel and uncovered expenses,” said Ms. Peltier. “Hopefully that will help people a little bit.”

The interview is all that is required of participants, but Ms. Peltier noted that she would like to be able to utilize their experiences in a collective story but that would only be with the permission of the participant.