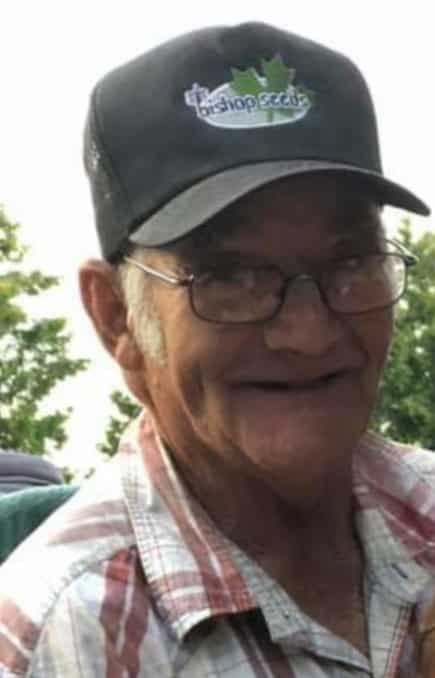 Douglas James Wesley Greenman of Barrie Island passed away suddenly, but peacefully with family by his side Sunday, October 4, 2020 in his 80th year. Doug spent all of his 79 years as a resident of Barrie Island doing what he enjoyed most (farming). Predeceased by his loving parents Thomas and Ruby (nee Strain) Greenman. Doug was one of the four known as the Greenman Brothers, Rod, Bob and Ernie (both predeceased). Doug was a very proud 4th generation uncle to John (Sharon) Baker, Janis Baker, Joeanne Lewis, Jeanna (Rick) Leies, Julie Lane, which then extends to 14 great-nieces and nephews, Joe Leies, Angela Lane, Ben Lane, Michelle Leies, Cameron Lane, Crystal Lane, Amanda Robinson, Megan Leies, Joe Cousineau, Doug Baker, Stephanie Lane, Melody Bishop, Marie Murray, Jamie Baker. Doug was a great-great-uncle to 24 nieces and nephews there are many more to the list as they were always known as “the uncles” to everyone that knew him and his brother Rod. Family was key to the Greenman’s. Doug was very proud of Barrie Island, family history and farming. The Greenman homestead always had an open-door policy to anyone, giving good home cooked meals to many over the years. Over his lifetime he was part of the Barrie Island hockey team; the team picture was hung in the hockey hall of fame. He enjoyed many years of curling with family and dear friends. In 1968 he completed a livestock management course which helped him to successfully run the family farm. Doug will always be remembered for his quiet, kind, loving personality, always willing to lend a hand to anyone. He had a grin that would light up the room that will be sadly missed by many. Cremation has taken place. Due to COVID-19, a celebration of life will be held at a later date at the Barrie Island Community Hall. Anyone wishing to make donations may do so to the Barrie Island Community Hall or charity of choice. Arrangements entrusted to the Simpson Funeral Home.