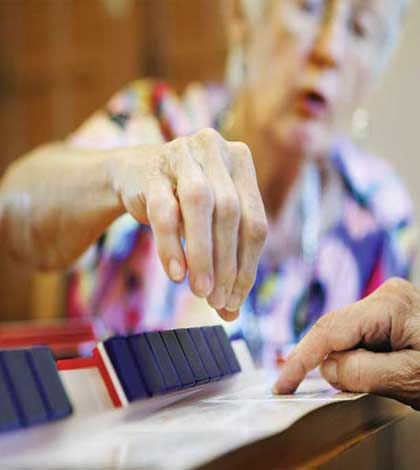 LITTLE CURRENT—Effective October 1, Little Current’s Channelview Apartments on Robinson Street, subsidized units through the Manitoulin-Sudbury District Services Board (DSB), will become designated as seniors-only housing, meaning that the 17 people under the age of 65 currently on the waiting list will have to find another place, or community, in which to live.

At the monthly meeting of the DSB held last Thursday, the board heard a review from the program planning committee on the 10-year housing and homelessness plan. In a previous report through the firm SHS Consulting it was noted that, “the DSB should encourage the expansion of seniors housing options, primarily in the form of increasing the supply of affordable, supportive housing units and encouraging private investors to increase the supply of private retirement housing.” The consultants recommended targets for expanding the supply of affordable seniors housing, with 80 units recommended for Manitoulin Island by 2031.

Donna Moroso, director of integrated social services, addressed the board, stating, “Seniors have very specific and categorically different needs and do not always socially thrive in an integrated residential setting. Converting to seniors-only housing will allow senior residents to age in place and assist local health supportive services to better provide for residents in need of these services in one location,” she said.

Ms. Moroso explained that the transition to seniors-only housing, in both Little Current and one of the two DSB apartment complexes in Espanola, would be done through a phased in approach. This means that those under the age of 65 who currently reside in the apartments will not be forced to leave, but as units become available, seniors will replace these tenants. Espanola and Little Current are both test cases, with more housing developments to follow in the future.

There are 20 one-bedroom units at Channelview Apartments, nine of which are currently occupied by seniors—almost half. Of the 30 applicants on the waiting list for Channelview, 13 are senior citizens.

“This means that 17 people are no longer eligible for this particular building,” CAO Fern Dominelli explained, which will then mean, he added, that there will be some unhappy clients.

Mr. Dominelli gave some background to the situation, explaining that at one time, much of the DSB complexes were seniors-only, however due to a shortage of older tenants, the 65-plus age category was dropped to fill vacancies.

“The reason we had to do this is because it was not economically viable (to leave units vacant until seniors could fill them) and we need to be very careful this doesn’t happen again,” Mr. Dominelli said.

“Unfortunately, in Little Current that’s our only building, so those on the waiting list are going to have to look at other communities,” he added.

The CAO told the board that buildings listed as seniors only must use the age of 65 under the Landlord and Tenant Act.

Western Manitoulin representative Lou Addison said that the waiting lists for these buildings can be misleading, as is the case with Gore Bay. She said that while the waiting list for Bayside Apartments and Woods Lane Apartments shows only two seniors each, she guesses this would be much higher if it was deemed seniors only “because of all the action that goes on there.”

“Say we had people in Assiginack that can’t get in there (Bayview Apartments), can they get into Little Current?” asked Assiginack Councillor Paul Moffat.

“That’s why the private sector took over much of the seniors’ housing in Mindemoya, because there were problems there too,” Central Manitoulin Councillor Derek Stephens said, referencing Meadowview Apartments in Mindemoya and its often public issues between tenants.

Espanola Councillor Jack MacMillan asked about grandfathering the current waiting list. Mr. Dominelli said this would not be an option, as this would mean it would be 10 or 20 years before the goal of seniors-only housing was actually reached.

The turnover for DSB units is approximately 47 a year across the entire area, he added.

In this DSB, units are given to victims of family violence ahead of all others when the need arises.

Another board member asked about couples who have one partner 65 or older and the other younger, and what if the older spouse dies? Mr. Dominelli said this is still under discussion.