GORE BAY – Due to an electrical failure underground Charles C. McLean Public School in Gore Bay,  power was out at the school and for other residents on Hall Street for several hours this past Sunday.

Members of the Gore Bay volunteer fire department responded to a report of a fire having started on a hydro pole, this past Sunday morning.

Gore Bay Fire Chief Mike Addison told The Expositor, “We received a report of a fire at 43 Hall Street (Charles C. McLean Public School) in Gore Bay at 8:59 am on Sunday. The person who called in the report said that there was a fire on the hydro pole, but when we arrived there were no transformers blown, no hydro wires on the ground or any sign of a fire. We had been told the fire (had originated on the hydro pole) near the daycare centre area of the school.”

“There is no danger to the public or safety concerns,” said Mr. Addison. “It looks as if power was out at that section of Hall Street.”

Mr. Addison reported the power outage to Hydro One.

Later Sunday afternoon, Mr. Addison told The Expositor that in talking to Hydro One, power would be out at the school for most of day, and power to all other houses on Hall Street had been returned by about 1:30 pm. 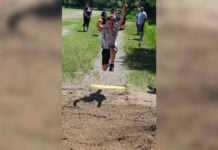 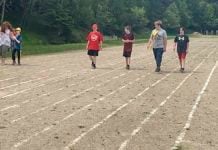