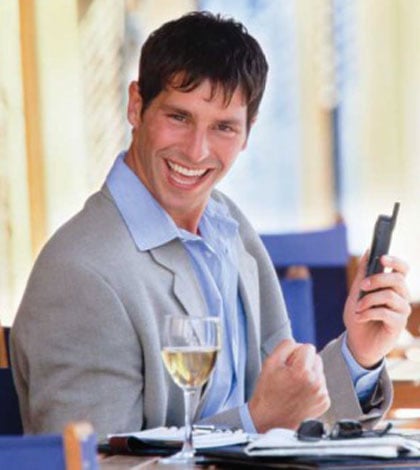 “I was talking to Morry Brown of NetCentral this morning and he indicated there has been some movement in the process,” said Dale VanEvery, of the Dawson Citizens Improvement Association (DCIA), last Thursday. “Fednor has expressed some interest in funding this project and our project has now gone to the second phase of the funding process.”

“The area from Central Manitoulin to Western Manitoulin has been shown as a service gap area (for broadband cellular service),” Mr. Brown told the Recorder, in an interview last Thursday. “Based on the gap analysis study done by FedNor, it supports the fact that there needs to be improved service put in place for this area of the Island.”

“Netcentral will now be proceeding on a request for proposals (RFP) and will be inviting service providers for expanding the service, along the Kings Highway 540, 542 and 551 and underserviced areas, for the communities and the surrounding areas,” said Mr. Brown. “I expect by early August the RFP will have been issued, and then we will need to wait for the service providers to present what they would be carrying out and the costs involved,” he said.

“So at this point we can at least proceed to the RFP stage, and in time we will receive responses from service providers,” continued Mr. Brown. “That way we will have some numbers to review the costs, then the hope is that funders will give consideration to supporting the project.” However, “all of this is going to take some time,” cautioned Mr. Brown.

In the FedNor phase one funding program, “it identifies the original intent and objectives of the project and this has been supported and will go to the next phase through FedNor,” said Mr. Brown. “That is a positive, but there are no guarantees. It has been identified there is a gap in the service.”

“The gaps study is a working model of where the gaps in service are,” added Mr. Brown. “It is a very thorough study, done to show where there are gaps in service, the interest and support in the project for expanded services in underserviced areas.”

“I very pleased to hear this is going to the second stage,” commented Mr. Mr. VanEvery.

As well, “work has begun on clearing sites for cellular towers that are already projected to be built on Manitoulin,” said Mr. Brown. “Over the next while people on the island will see a fair amount of construction in the summer. By the end of the year, everything should all be up and running.”

The seven sites that will see the towers erected and services being expanded include six on Manitoulin Island. “We are currently finalizing leases, and permits for the tower construction,” said Mr. Brown. The sites include Little Current, Sheguiandah, Mindemoya, Manitowaning, South Baymouth and the M’Chigeeng area and an area to the south of Espanola on the east side of Highway 6.”