OWEN SOUND—Vehicle and passenger traffic numbers are in for the Chi-Cheemaun ferry service, and the numbers show there was no difference in the numbers from the 2014 and 2013 seasons. The 2014 sailing season has also seen the success of the Destination Manitoulin Passage to Savings discount program.

“However, if you go back to the first 14 days and the number of vehicles that we carried in the first 14 days in 2014, this was 1,300, so that pretty much makes up the difference,” explained Ms. Schrempf. What the numbers show, “is that traffic in 2013 and 2014 was pretty much bang on the same, we didn’t lose but we didn’t gain either; the idea was to try to get the traffic back to where it was.”

Ms. Schrempf pointed out that over the past number of years the average number of passengers per vehicle travelling on the Chi-Cheemaun has been between 2.4-2.6 passengers per vehicle. “So it again looks like likely there was a two percent increase in passenger numbers in 2013, but if you take away the 14 days we lost in sailings last year, the numbers will be about the same.”

While traffic numbers are stabilized, Ms. Schrempf said the focus has to be on garnering an even larger passenger-vehicle base in the future. “We have taken step one toward this as we have hired a marketing firm that has done field work and visits and has now went away to do a complete report and recommendations, but one thing we are definitely looking at is a complete overhaul of our present website. The current website will run and be maintained until the new website is in place, before the 2015 sailing season.”

With the new website, “we want it to be more user-friendly, the one in place now is not and it needs to reflect the experience that one can have on the ship,” said Ms. Schrempf. “The website has to reflect the experience a guest has on the ship; taking the ferry is a choice someone makes. We know there is quite a bit of potential traffic (on the Chi-Cheemaun) that we are missing; one because a lot of people don’t know about the ferry and two, the (current) website is more of a barrier than a welcome for people considering using the Chi-Cheemaun.”

“With a new website and marketing campaign we will see an increase in traffic among people who don’t know about the ship and ferry services,” said Ms. Schrempf. The renewed website is just step one of a plan a marketing firm hired by OSTC will present. “They will be presenting the entire plan and we will consider all their input and recommendations before going ahead. One thing we do see is that this is a ferry service and we want it to be more of an experiential trip for passengers, for instance working with Parks Canada, and are looking at more regional culture events and experiences. We want to showcase the region. Tourists are looking for something about the region they are travelling in and to be able to take something away from this experience. For example, we can’t keep the local maple syrup we sell on the ship it just sells so quickly. We want to provide more of these and other regional items for customers on the ship to purchase.”

“We haven’t tallied up the numbers yet but anecdotally we have had a lot of positive response to the Destination Manitoulin program,” said Ms. Schrempf. “I believe the program has been well received by hotels, us (OSC) and retail outlets.”

Ameal Leduc, co-owner South Baymouth’s Buckhorn Motel, along with his wife Cathy, coordinate the program. “We don’t have all the numbers in but I don’t doubt we will break 1,000 in terms of customers registered in the program,” he told the Recorder on Tuesday.

The Destination Manitoulin program offers customers discounts when the link travel on the ferry to accommodation, meals or retails shop purchases.”

“I know we have had 149 registered customers at our business,” said Mr. Leduc, pointing out at least three other South Baymouth area businesses have had over 100 customers register for the program.

“Just for accommodation businesses alone, customers are saving $5, so if you look at 1,000 being served it would mean $5,000 has been saved by customers in accommodations alone,” said Mr. Leduc. “Then on top of that they get discounts on the ship to travel.”

In total, “we have about 80 (local) accommodation and retail businesses that are registered under the program. It’s growing,” said Mr. Leduc. He said the program will continue again for the 2015 sailing season.

Mr. Leduc said he feels, “a lot of (business) people are sitting on the fence as far as participating in the program. Now it has been in place for a season and a third and they can see it is working, and I’m sure more will come forward.” 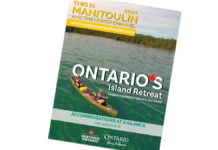 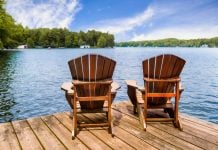 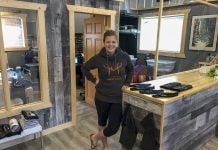