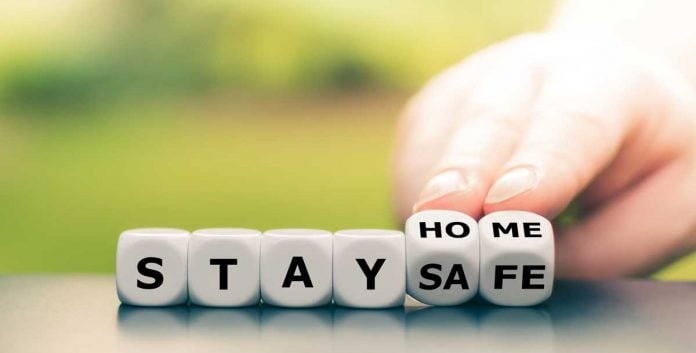 MANITOULIN – Although the door of the Manitoulin Municipal Association (MMA) has always been open to the First Nation chiefs of Manitoulin it is a rare occasion when they take the MMA up on that offer. The recent attendance of four Anishinaabe chiefs in an online Zoom meeting held by the MMA proved a singular exception. The chiefs had come to the meeting seeking a unified front on measures to combat any community spread of COVID-19.

M’Chigeeng Ogimaa-kwe Linda Debassige addressed the meeting with an update on the data her community had gathered through a voluntary checkpoint that was established by the band on the Highway 540 entrance to her community. (See story on the data on Page 1.)

The data revealed by Ogimaa-kwe Debassige painted a disturbing picture of who was travelling through her community and why.

“As was discussed at an earlier meeting today, what we are seeing is a significant amount of travellers coming to our community from off-Island,” said Ogimaa-kwe Debassige. She listed communities of origin such as Sudbury, Sault Ste. Marie and even out of province. “They were headed to places like Providence Bay and Spring Bay, places in Western Manitoulin. Basically, a lot of non-essential travellers coming here to self-isolate.”

There have also been many calls to First Nation businesses seeking to have propane and hydro hookups at seasonal residences, she noted. “They are not staying at their permanent residences.” The chief pointed out that the tax dollars being paid into health services “go to where they permanently reside.” Her data establishes clearly that many of those coming to the Island have been laid off and are seeking to take refuge here on Manitoulin.

Ogimaa-kwe Debassige noted that in conversations with a number of different municipalities, “Many tell me they are happy with what we are doing,” she said, “others not.”

One question she gets asked a lot is “why we are not doing it at the bridge?” The answer is that such an action needs to be taken in a “collaborative and careful approach.”

Ogimaa-kwe Debassige said that her community “would be happy to assist” in manning such a checkpoint. She said “when the virus gets here, and it will, it is only a matter of time” the statistics gathered would go a long way toward helping to trace the contacts.

Currently, Ogimaa-kwe Debassige pointed out that her community is experiencing a great deal of lateral violence on social media. “Our people are glued to it,” she said.

Ogimaa-kwe Debassige also pointed out that although there has been a lot of co-operation with the Highway 540 checkpoint, there are those who simply drive past it and there have been reports of high levels of traffic on the Rockville Road as people attempt to avoid the checkpoint.

But of those who have stopped, Ogimaa-kwe Debassige related two stories of front-line workers she had spoken to who were coming to the Island after being exposed to the virus in their facilities and were coming to self-isolate for 14 days from their families.

“We don’t have the authority to ask for driver’s licences,” said Ogimaa-kwe Debassige, qualifying that the information on traveller origins is given voluntarily. “We do jot down licence plates,” she said. Many of those travelling through are seasonal residents going home to self-isolate, but the information is “as accurate as we can get it.”

As to rumours that the band intends to shut down the highway through M’Chigeeng, Ogimaa-kwe Debassige said that was not yet the case, but that “I will say that it is on the table. It is something that we hope we will not have to do, that is why we are bringing up the bridge.”

“I know I speak for everyone when I say that we appreciate what you are doing so far,” said Burpee and Mills Reeve Ken Noland, who acts as chair of the MMA.

Ogimaa-kwe Debassige clarified for Tim Mckinley (unorganized townships) that driver’s licences were not being asked for at the checkpoint.

The concerns of the chiefs, first iterated by Ogimaa-kwe Debassige and reinforced later in the discussion by Aundeck Omni Kaning Ogimaa-kwe Patsy Corbiere, are that with Manitoulin’s economy being very closely linked to tourism, there is a danger that First Nation businesses will take the brunt of the pushback from efforts to keep COVID-19 from Manitoulin’s shores.

“We are looking for a collaborative approach for all,” said Ogimaa-kwe  Debassige.

Central Manitoulin Councillor Dale Scott said that he agreed with the need for some action, but suggested that it should be put in place south of Espanola, thereby also helping to protect Whitefish Falls and Birch Island.

Northeast Town Mayor Al MacNevin noted that he had seen the data supplied by Ogimaa-kwe Debassige and that it was enlightening. But he pointed out the “unfortunate fact” that people coming from other regions to Manitoulin Island to self-isolate was not in itself illegal. “The province has not legislated that at this time,” he said. Mayor MacNevin pointed out that the province has the power to invoke the Emergency Act and restrict travel, but that a mayor declaring an emergency does not gain any additional powers and that the ability was more attuned to larger urban centres to better enable them to manage the divergent resources in their communities.

Mr. Mckinley noted that unorganized townships have no power to declare states of emergency.

Mayor MacNevin also noted that none of the Island municipalities has the resources and trained personnel needed to put a checkpoint safely in place. When it comes to placing any kind of block on people coming to Manitoulin, Mayor MacNevin stated that he would not be in favour of supporting any action that lies outside of the law.

Wiikwemkoong Ogimaa Duke Peltier suggested that the Municipal Act does place significant options for the municipalities to declare a state of emergency and then to enact laws to protect public health. “Wiikwemkoong is willing to work with anyone in the interests of doing what we need to do here,” he said.

Ogimaa-kwe Corbiere noted that she supports Ogimaa-kwe Debassige and said that her community has declared a state of emergency. “We could close the road right down,” she said. “We don’t intend to do that, but if it were our road we would have shut it down already.”

Ogimaa-kwe Corbiere said that closing the road would “affect our businesses. If we are going to do anything, it all has to be working together.” She noted her community was putting up signs warning non-residents to not come to the community. She pointed to the huge increase in non-Native people coming to her community for cigarettes and because other communities had shut down their parks.”

She went on to point out that the arrival of off-Island people is “a Manitoulin problem, not a First Nation problem. I don’t want to see us labelled as rebels.”

Central Manitoulin Mayor Richard Stephens also said that although he has seen unusually large numbers of vehicles on the backroads of his community, he did not see any advantage to a declaration of emergency.

Chair Noland agreed that stopping people at the bridge is “not in our legal authority.”

Mayor MacNevin asked if this was the time to “take away the rights of people to travel,” but did commit to bringing the question to his council.

Billings Mayor Anderson said that he would defer to Mayor MacNevin as the more veteran municipal leader.

In the end, while the municipalities supported the efforts of the First Nations, they would not commit to declaring their own states of emergency and would defer to the province when it came to the flow of traffic.