PROVIDENCE BAY—This Friday, August 19, five young ladies will compete to be named Providence Bay Fair Ambassador with one lucky contestant to be crowned and move on to represent Manitoulin at the at the Canadian National Exhibition’s Ambassador of the Fairs next summer.

The contestants will be evaluated through interviews with the judges prior to the pageant, their confidence and poise on stage during the pageant Friday evening and the speeches they deliver.

Friday evening, the pageant will begin with the contestants introducing themselves and delivering 3-4 minute speeches on the topic of their choice.

Following the speeches, the judges will tabulate the contestants’ scores based on the speeches and the other elements of the pageant and a first runner up and Providence Bay Fair Ambassador will be named. The girls will also select one contestant among themselves to be named Miss Congeniality. 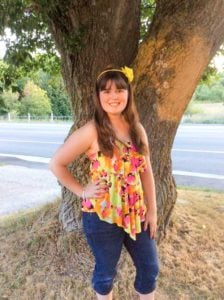 Rebecca Dawson is 17-years-old and from Spring Bay. She has brown hair and hazel eyes and will be attending the University of Guelph this fall. In her spare time she enjoys painting, acting and participating in competitive curling. Her mom Dawn Dawson has been a major role model in her life because “she is an extremely hard worker and loves to give back to the community,” said Rebecca. Her favourite thing about Manitoulin is the close knit communities that support one another and the opportunities to work with many different generations and learn in those community settings. “Winning Providence Bay Fair Ambassador would be a huge honour as it would give me the chance to represent my community. Winning would push me out of my comfort zone and help me grow as a person,” Rebecca shared. Rebecca is sponocored by Buie’s Grocery. 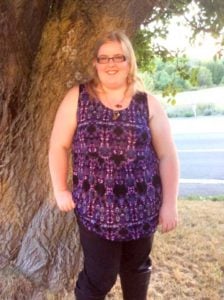 Sixteen-year-old Zabrina Cosby from Little Current has brown hair and hazel eyes. She will be going into Grade 12 at Manitoulin Secondary School. In her down time, Zabrina likes to bead, listen to music and practice gymnastics. The major influence/role model in her life are her parents because they have always been there for her “and supported me through everything,” said Zabrina. “They have always pushed me to be my best.” She loves Manitoulin because of the people, stating, “they are always kind and they are extremely caring.” Winning the Ambassador of the Providence Bay Fair would mean a lot to Zabrina because, “It would mean that I succeeded in pushing myself outside of my comfort zone and I feel happy to finally participate in a competition on Manitoulin.” Zabrina is sponsored by Randy Noble Trucking. 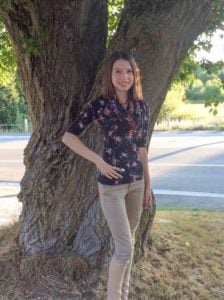 Spring Bay’s Christine Cranston is 17-years-old and has blonde hair and blue eyes. She will be going into Grade 12 at Manitoulin Secondary School this fall. She enjoys hanging out with friends fishing and four-wheeling. “My grandpa has been a major influence in my life because he taught me everything I know as well as taught me life lessons,” said Christine. “He is my hero and meant the world to me.” Her favourite thing about Manitoulin is the lakes and how calm it is. She also loves the people and how they always want to help neighbours in need. “Winning the Ambassador of the Providence Bay Fair would push me out of my comfort zone,” said Christine. “It would be an honour to win and represent Providence Bay.” Christine is sponsored by The Mutchmor. 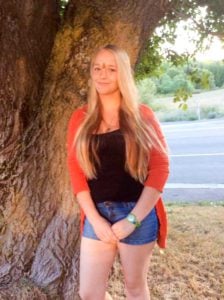 Maggie McDonald is 16-years-old and from Spring Bay. She has blonde hair and blue eyes. She will be going into Grade 12 at Lockerby Composite School. She loves swimming and spending time with friends and family. Maggie’s grandfather has been a major influence in her life because he was “always there for me with open arms and good advice.” Her favourite thing about Manitoulin is the water because she loves to swim and “it’s always so clean and clear. “Winning the Ambassador of the Fair would be an honour because it I would be representing Manitoulin and it’s just something I have never really done before,” said Maggie. Maggie is sponsored by Williamson’s D.A. & Sons Hardware. 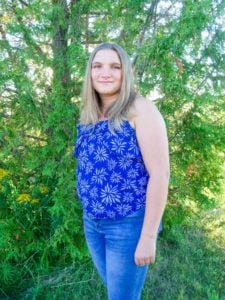 Marena Verboom is 17-years-old and from Providence Bay. She has blonde hair and blue eyes. She is homeschooled and will be finishing high school this fall. She enjoys swimming, reading, volunteering on mission trips, doing things with family and friends and caring for her animals. “My dad, Marius, is my role model because he believes in me, encourages me, and has taught me to work hard and never give up,” said Marena. She said that she loves Manitoulin Island because of its fresh water lakes and wide open spaces that allow her to star gaze. “It would be exciting to win the Ambassador of the Providence Bay Fair,” said Marena. “It would give me the opportunity to build my confidence and an opportunity to share my love of agriculture.” Marena is sponsored by White’s Plumbing.