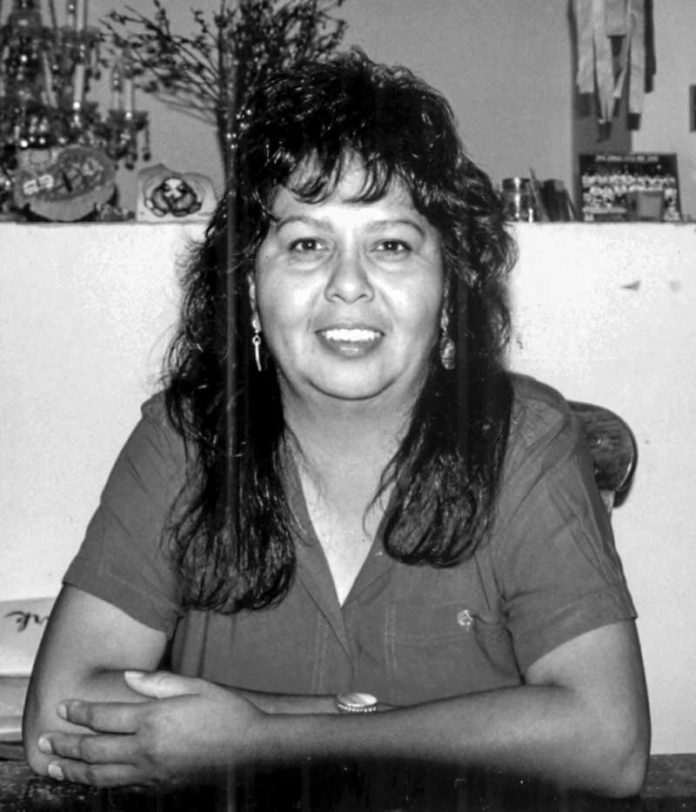 EDITOR’S NOTE: In the lead up to this Saturday’s election for chief and council, The Expositor interviewed chief candidates incumbent Duke Peltier and Ron Odjig in last week’s paper with Gladys Wakegijig’s interview on her candidacy for chief appearing below. The Expositor was unable to reach fellow candidate Robert Corbiere by press time Monday. Polls open at the Wikwemikong band council chambers at 9 am this Saturday, July 20.

Born and raised in Wikwemikong, Ms. Wakegijig was employed with the Assembly of First Nations in Ottawa for 10 years in the early 1980s before moving back to her community in 1992. She has been on band council intermittently since 1997, and served as chief in 2000-2001.

“I am always active in being up to date on First Nations, national, provincial and regional issues,” said Ms. Wakegijig. “We here in Wikwemikong are among the largest First Nations in Canada. A leader has to be informed and has to realize the bigger picture of indigenous issues—this is unity and unity is not a narrow focus.”

Ms. Wakegijig said she first became involved with council because of her passion for indigenous issues born out of her role with the Assembly of First Nations.

“In our ideals, our culture, our traditional spiritualism, we encompass the children, the youth, the adults, the grandmothers, the grandfathers, again this is unity and in indigenous issues, my focus is our language, our youth, our health and our economic well being,” said Ms. Wakegijig of her platform. “I mention economic well being because employment is an issue—not only for Wikwemikong but for many, many First Nation communities. I also want to help encourage bringing back our language. One of the Truth and Reconciliation report’s calls to action, number 13, specially addressed language and culture and I feel this is important for our community. I am fluent in the language and I would like to see all leadership speak it as well. Our schools are doing an excellent job of teaching the reading and writing of our language, but I would like to see a focus across the community of people speaking it. ”

In terms of educational programs, Ms. Wakegijig said that they are very strong in Wikwemikong.

“Our education programs need the continuing support from a solid leader and leadership to pursue the promised First Nation dollars that Prime Minister Justin Trudeau has set as one of his mandates for First Nations,” continued Ms. Wakegijig, stressing the need for more band funding to support post secondary education. “Our public works program has always worked with a minimal budget, doing an excellent job for the community. The current federal government has indicated that infrastructure is a priority not only nationally but specifically mentioned for First Nations and I will ensure that our voice, Wikwemikong’s, will benefit from the proposed funding revenues so that our employees and our community will see the strength that good leadership can provide. Economic development is a stronghold in our community and must continue to be strengthened by the leadership’s advocacy to pursue and access economic incentives entitled to the people of Wikwemikong.”

Ms. Wakegijig also stressed the importance of communication, and keeping band members informed of current and future developments both nationally and in the community.

“What happens nationally comes down to the grass roots level,” explained Ms. Wakegijig.

“When the prime minister met with the chiefs in December 2015, I was in attendance,” she said. “He said that it was time for renewed relationships—nation to nation—based on respect and cooperation. This really resonated with me. Wikwemikong has been working with the federal and provincial governments regarding our claim to islands in Lake Huron and the prime minister also said at that December meeting that no relationship is as important to him as the one with First Nations.”

“I will continue to work hard and to speak on issues that are of concern,” concluded Ms. Wakegijig. “I would also like to take this opportunity to wish all candidates best wishes on your election campaigns.”