GORE BAY – Users of the Gore Bay Medical Centre are being asked to complete a survey to provide input that will assist in decision making for the changes and updates to the Medical Centre building.

The Gore Bay Medical Centre has served Western Manitoulin communities well since it was first built in the 1980s. The centre currently offers services of doctors, a dentist, community mental health workers, a massage therapist and an audiologist. It also houses Contact North. A committee has been formed to examine what renovations and infrastructure changes are required and at a meeting last week, discussed the need for public comment.

Respondents will be asked whether they are a building user, how often they use the centre in a normal, non-pandemic year and to rate the importance of various building improvements including the entrance/front door, waiting room, washroom access, lower-level access and parking.

The survey itself is brief, but there is ample room for additional comments where people can share concerns about the exam room or the entrance, for example. The survey is anonymous and takes approximately two minutes to complete.

After committee members expressed concerns about computer access for everyone involved, it was decided that paper copies would also be available through municipal offices, Canada Post offices and other locations. Stasia Carr, clerk for the Town of Gore Bay, noted that the town hasn’t been able to open to the public since the pandemic lockdown began. Committee member Marian Hester noted that municipal offices should be reopening after June 11.

“We’re going to basically compile the information we receive from the public before we dive into anything,” said committee chair Perry Patterson, referring to architectural drawings for the work to be completed.

Brian Dittmar suggested the search for an architect begin while public input is being collected and compiled. Ms. Carr said she had found a Toronto architect who specializes in drawings for health centres.

“There are a number of firms in Northern Ontario that have designed medical centres, including the North Bay hospital,” said Dave Rogalsky. “It would be nice to contact a few of those for a proposal.”

The committee also discussed grant opportunities for the project. “First of all, it depends on the information and input we get from the public,” said Mr. Patterson, who pointed out they do have working capital of $150,000. Anything beyond that would require additional funding.

“We need to know what we want and what the total will be in terms of dollar amounts,” said Mr. Dittmar.

“Are we dreaming about expanding the footprint of the building?” Sharon Jackson asked. “Or will this stay within the confines of the square footage we already have for the building?”

“We will hold off on all of this until the survey results come back,” Mr. Patterson responded. He noted that the required entranceway changes would probably necessitate this being an expansion project.

“Maybe an architect would be able to come up with a wonderful way of doing all of this without expanding the building,” suggested Ms. Hester. “That’s why we need to look for a company now.” She said that fundraising should begin even though a fundraising target would be premature without knowing the details. “People know it (the project) is out there. It will take a while to get going anyway.”

Suggestions included donation boxes, e-transfers and 50/50 draws. Karen Noble pointed to Sudbury’s Health Sciences North 50/50 raffles as an example, with a jackpot of over $900,000 being paid out for May 2021. “If we get everyone in the area to buy a ticket, we would probably have enough for the project in just one month. It wouldn’t take long to fundraise,” she said.

It was suggested that the Rotary Club or other service club could apply for a lottery licence to do this. “Maybe the Mindemoya hospital and even the Little Current hospital would like to split the proceeds. It could be one-third of the amount raised to each facility,” Ms. Noble said.

“This is a wonderful idea,” agreed Ms. Hester. “It’s an easy way to raise a large amount of money.”

Mr. Patterson said there would be more information on this at the next committee meeting.

The public is encouraged to complete the survey online through surveymonkey.com/r/YRQK92J by July 15. Paper copies are available at municipal offices in Billings, Gore Bay, Gordon/Barrie Island and Burpee Mills as well as at local Canada Post offices, Sheshegwaning Health Centre and band office, the bulletin board in Silver Water and the Meldrum Bay marina. Paper copies of the survey should be returned to municipal offices, the drop box at the Gore Bay Union Public Library or to Karen Noble, by July 15. 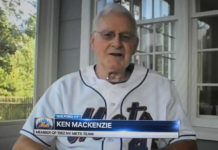 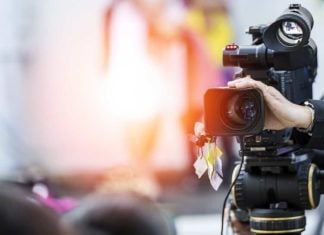