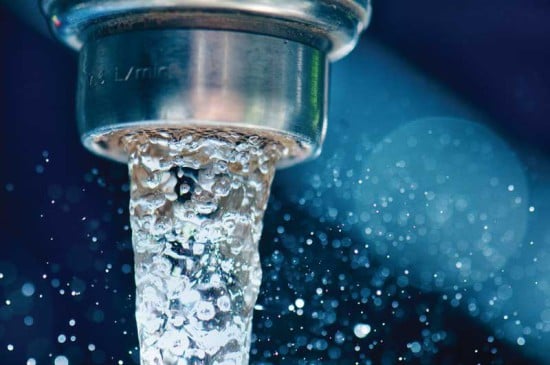 GORE BAY—A group of Gore Bay residents have spearheaded a petition, indicating they are not in favour of the installation of water meters in town.

“Ruby Croft and I are part of a group, including Joyce Foster and Betty Lou Purvis, who have initiated the petition. We went to the last council meeting and what is disillusioning is the lack of informationeverything is still a guesstimate or estimate,” stated Bob Prior. “We’ve done a lot of checking around of different communities that have water meters and have seen no advantage in water usage and it certainly has not reduced water rates.”

“My main two concerns with installing water meters are that they will not fix our present problems and will likely increase our water rates,” said Mr. Prior. “Problems with our water distribution system require attention. Water leaks along distribution lines and potential winter freeze up affecting approximately 46 homes cannot be fixed with water meters.”

“The unknown costs could be greater than the estimates given,” said Mr. Prior. “We all know what usually happens to an estimate when final costs are calculated. Who pays for any increase to the proposed project costs of 2010, who pays for additional costs that may occur during installation of the meters, who pays for the maintenance and replacement of meters in years to come, who pays for any increase to the estimated water cost for users after meters are installed?” he asked, pointing out that other municipalities have found that theirrates increased, some dramatically. “Who pays for future increases for reading and administrative costs? Who pays for any overrun of these estimates? It will of course be we, the water users.”

Ruby Croft outlined that the top priorities for council on this issue “should be to repair the present infrastructure, then evaluate water usage and finally weigh the true financial cost of implementing meters to the gain earned.” She indicated that there are still sections in town that were not supplied with sewers in 1979, and asked whether this should not be more of an urgent matter than water meters.

Ms. Croft outlined several concerns with the proposed installation of water meters. “Council has stated that the water meters will belong to the municipality and future repair or replacement will be done by the municipality. Has council considered the liability that goes along with ownership?” She also pointed out “apparently the board of education is not pleased with their water rate. As a taxpayer we cover their budget through taxation. Do you think the taxpayers would receive a decrease in education tax? I doubt that.”

Ms. Croft is also concerned as to how rates would be decided for commercial and institutional facilities if water meters are installed. And “if the larger commercial and institutional facilities decrease their consumption then the small businesses will be assuming that cost. Small businesses are struggling in today’s economy; do we need to create another financial burden?”

“The unknown cost is certainly my top priority,” said Ms. Croft. “The present infrastructure should be their (council’s) main concern before considering meters. With 48 leaks in the system if the infrastructure is not updated how are we going to save on water consumption? And in the future, if the government mandates water meters, the town will be in a good position to install meters and the province will provide financial assistance.”

“Water meters will be a hardship on young families and seniors still in their own homes,” suggested Ms. Croft. “Talking about finances, 37 percent of town water users are paying down payment plans for the water treatment capital plan plant—that’s a big percentage of the water users in town. And what effect will installing water meters have on our local businesses.”

“We decided not to wait for the summary the town is putting out to local residents/ water users and looking for a response whether people are in favour of meters or not,” said Mr. Prior, pointing out the petitions have been posted at about 8-10 local businesses. “We decided to put this petition together to bring this issue to the attention of all water users, of what the concerns are, and that we felt the system should be repaired and maintained— that should be the first priority of council,” said Ms. Croft. “We’re hoping council will do what’s best for the community.”

“It seems that our council has the cart before the horse,” said Mr. Prior. “Fix the water line problems first even if it takes a few years, then decide if the usage in our system requires meters.”

The petition states “Attention Users of the Gore Bay Water System: We the undersigned of the Town of Gore Bay water system do not support the installation of water meters. The cost estimates being presented for this project are based on figures obtained several years ago and are not relevant at the present time. Gore Bay council has been unable to provide more factual figures. It is unrealistic to state that the meters need to be installed and operating for one year before actual costs to the users can be known. If it is determined that the cost is too high at that time, it is too late. The examples of the rates given by the town do not cover the present operating costs, therefore need to be increased. Meters are not guaranteed to decrease your costs for water use. In fact, places that were contacted said the cost had increased after the meters were installed.”

The petition continues, “larger centres such as Espanola decided against installing water meters due to cost. Based on figures given by the town office, water consumption is below the allotted provincial licence. At the December 2012 council meeting, three councillors agreed that the existing piping system should be fixed first before considering meter installation and we agree.”