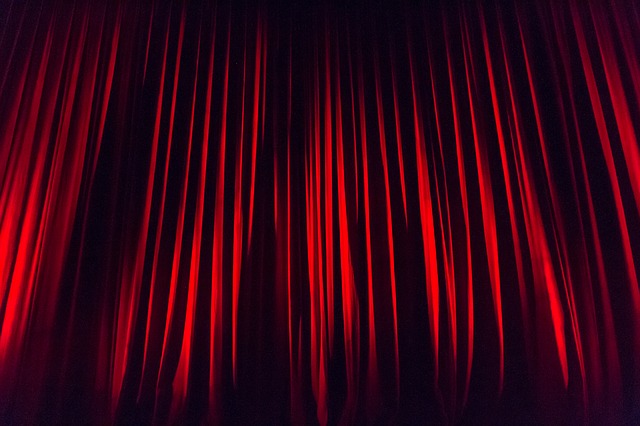 GORE BAY— There is something mysterious, romantic and energetic in the air, and that would be the three plays being offered up by the Gore Bay Theatre for the summer season. The first of the three plays is the energetic children’s play ‘Murmel, Murmel, Mortimer, Munsch,’ which took to the stage this past Sunday, the second a romantic comedy entitled ‘The Last Romance’ and the third the award winning ‘Agnes of God,’ which the company took to this year’s QUONTA Festival where it took several awards. You could easily say that there is something in this year’s lineup for everyone, but it would be a shame to pick and choose any one, best to go see all three. Since the productions are coming up in repertory (that’s back-to-back for the non-theatre savvy crowd) there is little reason not to take in all of them this season.

“There was a good crowd for the opening of ‘Murmel, Murmel, Mortimer, Munsch’,” said Director Walter Maskel, who announced himself delighted with the growth in confidence he saw in the children’s onstage presence. “These are 13 disciplined young actors from seven to 13 years of age and they work together as a finely-tuned team with an infectious energy and enthusiasm.” That is important, he notes, if you are hoping to hold the audience’s attention for the complete 40-minute play.

Mr. Maskel suggested that being able to perform the same play multiple times, rather than the usual elementary one-off of Christmas pageants and the like, may have played an important role in that development. “The have developed into seasoned performers,” he said.

This evening (Wednesday, July 8) ‘The Last Romance’ takes to the Gore Bay Theatre stage. Mr. Maskel describes the play as a humorous and touching play. “It really is the combination of humour and tenderness that makes this play outstanding,” he said. “All three actors are very experienced, this is Kay Valentine’s fourth production with the Gore Bay Theatre and she has been on the stage for 40 years.” Lori Evans is appearing in her third Gore Bay Theatre production and Vincente Belenson has stalked the Gore Bay stage in 12 previous productions.

Co-directors Andrea Emmerton and Mr. Maskel announced themselves as being “very excited about the upcoming summer season.” Mr. Maskel said “we have three dynamite plays guaranteed to keep audiences on the edge of their seats, a stellar troupe of theatre veterans whose performances will capture the hearts and minds of our audiences, and a group of marvelous young actors. Who could ask for more?”

‘Agnes of God’ is not only a  drama, but also performs quite well as a murder mystery, and Mr. Maskel was effusive in his praise of how the production’s three actresses have developed into their roles, first on stage in Gore Bay, then at QUONTA and finally now in its summer form. “They have all really developed their performances,” he said. If you have seen one of the earlier productions, this is an opportunity to revisit the play and discover that advancement for yourselves.

Tickets for the adult shows are $18 advance and $20 at the door, while the children’s production is $8 for adults and $5 for children at the door.