MANITOULIN—While panning the recent release of a report by the International Upper Great Lakes Study (IUGLSB) Board looking at possible remedies for fluctuating lake levels in Huron and Michigan, a Dominion Bay resident and member of the Manitoulin Area Stewardship Council (MASC) water committee, has drafted a petition requesting governments to restore Great Lakes water levels to their norm.

“It’s never over until it’s over, but I suspect the board will have their way—there is no willingness from our government or the US to dig in and really get involved in this issue,” Mike Wilton told the Recorder on Saturday. He said he would be distributing blank petitions to Manitoulin businesses this week, in the hopes of obtaining at least 700 signatures (to present to politicians representing the Island), which would represent a significant (five percent) number of Manitoulin residents.

The petition reads, “we the undersigned request that the Canadian federal ministers of Natural Resources, Environment, Fisheries and Transport increase their efforts significantly to halt and reverse the ongoing loss of water from the Great Lakes Basin in general and the Lake Huron/Michigan/Georgian Bay/North Channel basin in particular. Since 1999, the water level in Lake Huron has dropped four to five feet (150 centimetres) with no sign of rebounding 13 years later. This is far greater than previous fluctuations and has caused immeasurable damage not only to aquatic wetlands and spawning areas along the shores of the North Channel, Manitoulin Island and Georgian Bay, but is causing serious economic and safety concerns to communities in this area, many of which depend in large measure upon tourism, cottaging and boating industry during the navigation season.”

After the IUGLS study board report, a Sierra Club of Ontario (SCO) release stated, “the study has found a previously unrecognized 5.8 percent increase in the outflow from Lake Huron into the St. Clair River-equivalent to three times the amount of the Chicago diversion. Surely the IJC will recognize this as a breach of the Boundary Waters Treaty, the reason the IJC was formed in 1909. Analyzing the revised St. Clair River flow data provided by the Study Board, Sierra Club Ontario determined that 200 centimetres flow was missing.”

“That missing amount resulted in incorrect calculations and conclusions,” the SCO release stated. “In fact, the 5.8 percent increased flow in the St. Clair River is probably 10 percent. Lakes Michigan/Huron/Georgian Bay water levels have hovered near record lows for an unprecedented 13 years, while Lakes St. Clair and Erie have been rising.”

“Extensive acreages of Georgian Bay wetlands, the highest quality, most diverse ones remaining in the Great Lakes, have dried up,” the SCO says. “Today, five-foot-tall pine trees grow where once fish spawned in a metre or more of water, and their young thrived in safe habitat. Exposed shorelines around many parts of the upper Great Lakes have been taken over by the invasive reed Phragmites australis, which has destroyed the natural wetlands. Allowing the water levels to fluctuate back up again would naturally destroy the large invasive and allow fish and wildlife to thrive once again.”

“Rather than addressing the increased St. Clair River conveyance, the IUGLSB recommends ‘adaptive management strategies’ such as diking a few of the hundreds of wetlands that have dried up. Diking, or building walls and pumping water into stranded wetlands, will not allow fish like bass, pike and musky in and out for spawning and nursery habitat,” the release notes.

Dr. Pat Chow-Fraser, professor of biology and director of life sciences at McMaster University, said, “We cannot allow these sustained low water level conditions to continue. The study did not provide the funding for the research to determine if and how the wetlands can adapt under these conditions. The proposal to create wetlands where they do not currently exist is naive and wrong-headed, and ignores the fact that many fish return to the same wetlands to spawn year after year and more importantly that the thousands of wetlands that currently exist in eastern and northern Georgian Bay have taken thousands of years to develop. Attempts by humans to manipulate natural conditions often fail because of lack of understanding of the dynamics of ecosystems. We cannot and should not support these unrealistic recommendations.”

“Recently the Commissioners of the IJC proposed a new regulation that will help restore Lake Ontario’s the upper St. Lawrence River’s wetlands,” said Mary Muter, chair of the Great Lakes Section of SCO. “We are confident that the commissioners will reject the adapt by diking recommendations of the IUGLS Board with regard to Georgian Bay’s wetlands. Instead, a responsible plan must and can be found to restore the water levels of Lakes Michigan/Huron/Georgian Bay to their pre-1962 state and normal fluctuations. We agree with the study board on one point. For both economic and environmental reasons, multi-lake regulations is not the answer.”

There are creative proposals under study that could lead to a responsible approach to resolving the economic and ecological harm caused by the increased conveyance of the St. Clair River. If governments make this an urgent priority, this restoration could be achieved in 10 years, the SCO says.

“It appears the UGLSB is ignoring the concerns of Georgian Bay and Manitoulin Island residents,” stated Mary Muter of Sierra Club Ontario.

“Using diking as one of the possible solutions, means living with what happens,” said Mr. Wilton. “Adaptive management such as dyking of wetlands is biologically idiotic and unacceptable, and typical of the type of solution that you would expect from the United States Corp of Engineers.” 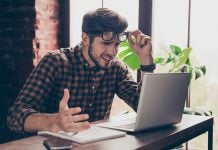 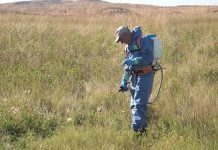 Proponents of petition call on province to amend Pesticides Act

Providence Bay woman calls for support on Hydro One petition