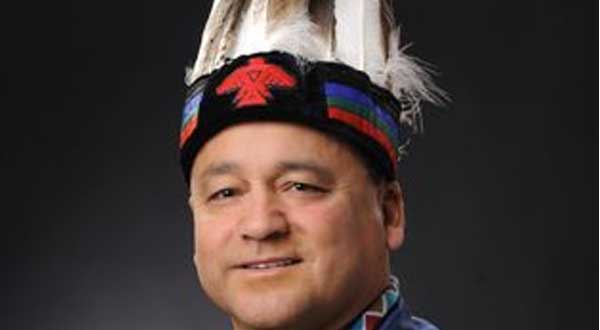 MANITOULIN—Patrick Madahbee, the Grand Council Chief of the Anishinabek Nation, has expressed his group’s concerns with the Assembly of First Nation’s (AFN) relationship with the federal Conservative government in regards to AFN’s protocols and mandates.

In a letter to National Chief Shawn Atleo, Cheif Madahbee writes, “I’m writing today because of concerns I have with the Assembly of First Nation’s (AFN) relationship with the federal Conservative government. In addition, I must also raise a number of issues surrounding AFN’s protocols and mandates.”

While the Recorder could not reach Chief Madahbee for comment prior to this week’s press deadline, Deputy Grand Chief Glen Hare told the Recorder, “the First Nation leaders are upset that there was no input or consultation provided to them before the announcements were made by (Chief Atleo and Prime Minister Stephen Harper). I don’t blame our grand council chief for being upset.”

“I feel that the news and announcement of funding for the FNCFNEA in Alberta (February 7) was no news at all,” said Chief Hare. “If the Harper government forms a majority in the next election, the funds will flow in 2016. If his government is not in the majority, it might not happen. And unless the money flows right away it won’t really help—we can’t wait for five years.”

Chief Madahbee explained in his letter to Chief Atleo that, “on February 7 of this year you made a political call to stand beside Prime Minister Harper and the Minister of Indian Affairs Bernard Valcourt for a public announcement of the FNCFNEA. At the Anishinabek Nation we were not privy to this announcement in advance. (Like everyone else outside of the attendees, we heard about it a day or two prior.) We were not provided with any information, details or timelines, as would be proper protocol for a national announcement that may impact every First Nation community in Canada. This has not been the first time in the past couple of years that we have been excluded from important information by an AFN political decision.”

“I’m going to be very blunt with you, I’m not happy with how the AFN executive has been operating under your leadership,” Chief Madahbee told the national chief. “In my many years in First Nation politics, I’ve seen national chiefs come and go. I am aware that the decisions leadership makes is not always black and white and that national chief cannot please everyone. However, I’m not writing you today to assess our political perspectives, I’m writing because the recent decisions by the AFN executive and yourself is beyond your mandate and outside of standard protocols.

“Ontario Regional Chief Stan Beardy was not privy to the joint FNCFNEA announcement. Grand Chief Gord Peters of the Association of Iroquois and Allied Indians, who sits on the AFN Chiefs Committee on Education along with Chief Gilbert Whiteduck, were also not informed of the details of the February 7 announcement,” wrote Chief Madahbee. “This type of politics of keeping information and details of information from selected First Nation leadership is unacceptable from our national chief’s office. The AFN has a responsibility to all First Nations in Canada, not just a few.”

“On February 2013 the AFN coordinated a national meeting with the Prime Minister of Canada and we all witnessed the chaos that ensued,” continued Chief Madahbee. “We can both appreciate the nightmare of logistics in trying to coordinate a meeting of this size, but the fact that the AFN staff attempted to stand in the way of the Anishinabek Nation following protocol by presenting a ceremonial Wampum Belt was not excusable.”

“On January 11 of last year we had another meeting scheduled with the prime minister,” wrote Chief Madahbee. “This meeting was due to political pressure from average citizens joining together in unity to fight government policies and legislation. We all worked very hard and stood beside our citizens in opposing offensive legislation leading up to January 11. Although you were not present during much of the chiefs’ meetings in the days prior to January 11, members of the AFN executive were. There was a clear divide in political strategy, but the day before January 11 you delivered a passionate speech to the chiefs in attendance (including myself) and we felt we had consensus to boycott the prime minister’s meeting unless he was willing to meet on our terms. This was all due to the lessons learned from our previous meeting with the prime minister the year before.”

“First Nation chiefs and citizens were all taken by surprise when you, and members of the AFN executive, made a political decision to go ahead and meet with Prime Minister Harper. Although most chiefs stood shoulder to shoulder with First Nation citizens in protest outside of Mr. Harper’s office, the AFN executive entered the meeting through the back door. I lost a lot of respect for some chiefs I considered colleagues that day. Add to this the fact that you came out of that meeting with an announcement of an eight point join action plan with Canada, and it is understandable as to why there has been a political divide amongst First Nations, citizens and the AFN ever since,” continued Chief Madahbee.

Chief Madahbee wrote, “out of your negotiated deal with Canada to develop a joint action plan without the inclusion of First Nations, the AFN developed a National Treaty Implementation Table with the PMO’s office and a Joint National Comprehensive Claims Table. As a result, letters have been written and resolutions have been passed requesting the AFN not to continue with these processes because there has been no inclusion of First Nations in the development of the tables themselves. However, instead of responding directly to the letters sent to your office, the AFN chose to either respond with political messaging citing vague references to parts of an outdate resolution, or not to respond at all.”

“The AFN is not mandated to negotiate on behalf of First Nations, it is mandated to advocate,” wrote Chief. Madahbee. “Furthermore, the AFN is not accountable to Canada and its policies and procedures, the AFN is accountable to First Nations and First Nation citizens. If Canada has an agenda to pursue its version of education for First Nations so be it, that is our battle to fight, but if we are going to fight that battle we should not be looking over the shoulders of our own national office. The fact that you made a joint announcement, standing side by side with Prime Minister Harper and Minister Valcourt, on behalf of all First Nations in Canada is a statement in and of itself.”

“When the federal government decided to change the name to First Nation Control over the First Nation Education Act, It should not have come with blind support from the National Chief’s office,” wrote Chief Madahbee. “At the very least it’s bad optics when this government has done everything within (and beyond) its powers to marginalize First Nation rights through legislation and policies. Moreover, this government has also attempted to limit our ability to fight for citizen’s rights by cutting funding to First Nations and First Nation political organizations that have limited capacity to begin with. In fact, your office has received its share of funding cuts, which makes it even more curious as to why the AFN continues to negotiate deals with the conservative government when there is no mandate to do so.”

“Recently, members of the Ontario Political Confederacy requested a meeting with the AFN executive so we could bring some clarity to what’s going on around the FNCFNEA, but we have yet to see cooperation from the AFN on this issue. When our request to be added to the AFN executive meeting via conference call was granted we were put on hold for well over a half hour before we decided to hang up,” wrote Chief Madahbee. “A couple of hours later we were requested to call back in the afternoon because the AFN executive went in camera. We never did have that discussion with the AFN executive and as I write this letter, there is still no clarity or details on the FNCFNEA that was highly touted by the prime minister and yourself as a good deal for First Nations.”

“No matter what the name has been changed to, in the end this is not First Nation control over First Nation education because if it were there would be a complete transfer of resources, power and authority,” continued Chief Madahbee. “Instead, what we are dealing with is administrative jurisdiction where the delivery of funding and programming will stop at the federal doorstep one way or another. Canada made funding commitments that do not begin until after a national election is scheduled and Canada can choose to renege on its commitments at any time. To be clear, the Anishinabek Nation was given a mandate to fight the First Nation Education Act, and until we see some details of the FNCFNEA we are dealing with the same Act, just under a different name.” 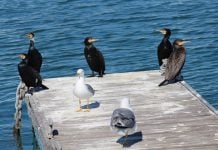 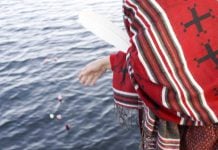 Walking in Solidarity for Tina Fontaine