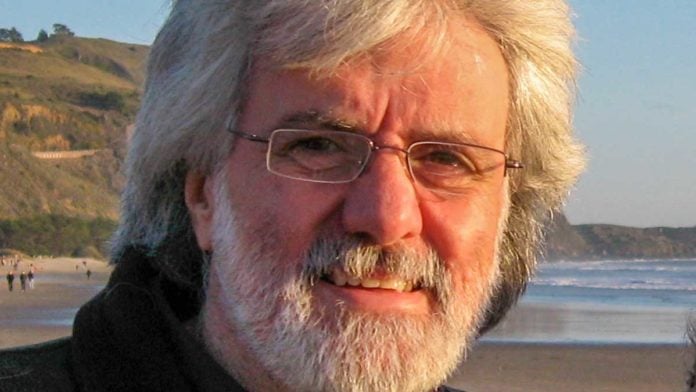 GREAT LAKES—It has been over two years since an update on the activities of the Great Lakes Islands Alliance (GLIA) has appeared in The Manitoulin Expositor. Over this period, GLIA has continued to grow and become a strong advocate for Great Lakes island issues.

Established in 2017 with an initial organizational meeting on Beaver Island in Lake Michigan, GLIA now consists of 19 island members, including Manitoulin Island. The mandate of GLIA is to encourage the building of relationships between islands, foster the exchange of information, and leverage resources to address shared challenges.

GLIA was formed to bring together island leaders, residents and advocates from across the international Great Lakes region, and beyond, who share the unique experience of living and working in these geographically isolated places, and to provide a collective voice.

Over the past two years, members have compared many of their experiences such as monitoring and slowing the spread of COVID-19 viruses, planning for the impact of global climatic change, monitoring water levels in the Great Lakes, and the impact of invasive species.

GLIA reminds us that Manitoulin Island is part of a Great Lakes ecosystem which encompasses about 240,000 square kilometres representing the largest freshwater surface in the world containing about 20 percent of the world’s fresh water. The Great Lakes also contain the largest, most diverse collection of freshwater islands in the world. The inhabited islands typically have a mix of year-round and seasonal residents, along with visitors.

A key annual event for GLIA is a summit where participants meet in person to discuss island issues. Following Beaver Island, attended by The Expositor’s Alicia and Julia McCutcheon, summits were also held at Madeline Island in Lake Superior and Mackinac Island in Lake Michigan with the latter attended by four volunteers from Manitoulin Island.

The fourth summit was planned for the Lake Erie Islands off the shore of Ohio, first in the fall of 2020 and then again in 2021, but both were cancelled because of COVID-19. The local organizing committee has remained intact to plan the summit for the fall of 2022.

A six-member steering committee was struck at the Madeline Island Summit in 2018. It still exists today, with Mike Gora of Middle Bass Island, Ohio as chair, and drives the decisions made by GLIA. I have been on the steering committee since 2018 and participate in monthly Zoom conferences where participants share news between islands.

All members of GLIA are volunteers. They are not formally appointed by their community, and as such do not speak or vote on behalf of their island. However, GLIA members are expected to be active within their communities and maintain a high degree of awareness of contemporary island needs.

The coordinator of GLIA is Matt Preisser, of the Michigan Department of Environment, Great Lakes, and Environment. Mr. Preisser sets up meetings, drafts agendas and distributes the minutes.

Another key member of the GLIA team is Lisa Brush, of Ann Arbour, Michigan. Ms. Brush is CEO and founder of the award-winning Stewardship Network where over two decades, she has led collaborative conservation initiatives and has helped engage thousands of professional and volunteers in identifying community and conservation needs.

In 2020, GLIA was awarded a $50,000 US grant from the Charles Stewart Mott Foundation to identify island priorities, establish policy and marketing goals. The fund was managed through the Stewardship Network. The Mott Foundation was pleased with the progress made by GLIA and awarded a second grant in 2021 for $100,000 US.

Thanks to the MOTT Foundation grant, GLIA took the major step in 2021 of hiring its first paid employee, Peter Huston of South Bass Island, Ohio in Lake Erie. For at least the next two years, Mr. Huston will be the project manager for GLIA and will be housed at the Stewardship Network.

Mr. Huston has been the Director of the Put-in-Bay (a village and township on South Bass Island in Lake Erie) Chamber of Commerce since 2015. He is acquainted with life on Great Lakes islands and is an accomplished producer, writer and director of documentary films. He has produced programs for PBS, Hallmark, Home and Garden and Outdoor Life. Two of his films have been nominated for Emmy Awards.

Soon after beginning his job, Mr. Huston met with most GLIA members virtually and advanced a number communications and planning priorities. He has been instrumental in launching a fund-raising campaign and establishing a webinar series with topics such as water quality, contaminants and microplastics, water treatment, tourism and economic development, invasive species, housing, and year-round sustainability

GLIA has helped all Great Lakes islanders appreciate that being surrounded by water has resulted in a culture and way of life distinct from that on the mainland. Visitors quickly grasp the meaning of ‘island time’ when they drive off the Chi-Cheemaun at South Baymouth or cross the swing bridge at Little Current.

Whereas cities such as Sudbury are connected by major highways extending in four directions, along with a busy municipal airport, both permanent and summer residents on islands such as Manitoulin experience the feeling of being insular. Over several generations, this has led to greater cooperation and self-sustainability among islanders. Islanders address issues and solve problems different from peoples on the mainland.

As the seventeenth-century English poet John Donne told us ‘No man is an island,’ drawing attention to the fact that no-one is self-sufficient and we depend on others to survive. It can be argued that making sure everyone has food, fuel, electricity, opportunities to socialize, health care, a place to live and learn, etc. is easier to maintain on islands than in large metropolitan areas on the mainland. Islanders have more of a feeling of belonging than do people in large centres on the mainland.

Other islanders are surprised to hear that Manitoulin has a hospital with two sites, 10 schools (including two high schools), a variety of coffee shops and restaurants, and even two breweries. They were impressed to hear about our extensive natural forests, meadows, rivers and lakes, croplands, unique alvars, along with several prosperous communities, farmers’ markets, summer festivals and powwows.

They were also surprised that the population of Manitoulin is comprised of roughly half First Nations people and half of settler descent and what sets Manitoulin apart from most other Canadian communities is the unique cooperative relationship between the six First Nations and the rest of the island population.

Unfortunately, all Great Lakes islands are subject to water pollution because the waters in these five huge lakes, along with that in the watershed, are gently flowing from the west to the east which results in effluent from communities (island an on the mainland) in the west passing those in the east.

There are about 120 major cities on the shorelines of the Great Lakes and another 22 on the rivers between the islands. The effluent from most passes eastward until it reaches the Frontenac Islands near the outlet of Lake Ontario then enters the St. Lawrence River.

This means that all the waters and islands in the Great Lakes, and their watersheds, are connected and impacted by one another. GLIA helps us become aware that human impact on the environment on one island, or that in the watershed, impacts the people and the biodiversity found on other islands.

Manitoulin GLIA enthusiasts have struggled in their attempt to build a team that highlights Manitoulin Island, its people, its issues and who are willing to share their experiences with others. Ideally, a Manitoulin GLIA committee would include members from each of the municipal councils and First Nations, an advocate for water issues, a representative of the agricultural community, tourism, commerce, social services and the hospitality industry. Mr. Huston plans to visit Manitoulin Island this month and is anxious to meet council members and First Nations leaders to learn about Manitoulin Island issues.

For further information on GLIA, check out the website at www.glialliance.org  or Facebook at facebook.com/glialliance. If you are interested in joining the Manitoulin GLIA team please contact either steering committee member Joe Shorthouse at jmwildroses@gmail.com, or Peter Huston, GLIA project manager at phuston@glialliance.org.