GREAT LAKES–The Great Lakes region is a vital driver of North American economic output, employment and trade, accounting for nearly a third of combined Canadian and US output, jobs and exports, according to a new report on the region from BMO Economics. While the region was hit hard during the “Great Recession,” economic activity has since turned around and is now shifting into a higher gear.

The report was presented at the launch of the new Council of the Great Lakes region by Doug Porter, chief economist, BMO Capital Markets.

“The economic importance of this region can’t be overstated,” said Mr. Porter. “With economic output of $4.7 trillion USD in 2011, the region accounts for 28 percent of combined Canadian and US economic activity. It would rank as the fourth largest economy in the world if it were a country, behind only the US, China and Japan.”

After a harsh downturn between 2007 and 2009, Mr. Porter stated that the region has bounced back, helped especially by the resurgent auto sector. “North American car and truck production is back to pre-recession levels, global demand for machinery and equipment has firmed and the service sector remains sturdy.”

Mr. Porter noted the important role of governments in the region in ensuring economic momentum continues. “Measures by policymakers to improve trade flows and to foster overall growth in the region are key for the long-term health of the broader economy.”

– The region’s highly diverse economy supports employment across a wide range of manufacturing and service industries.
– While manufacturing employment is down about 25 percent from levels seen a decade ago, education and healthcare (+23 percent) and professional services (+12 percent) have helped make up the shortfall. In fact, education and healthcare now make up nearly 18 percent of employment, while retail and wholesale trade, government and professional services also carry double-digit weights.
– The region’s states were the origin of 24 percent of total US merchandise exports in 2012, while Ontario accounted for a hefty 38 percent of Canadian shipments.
– The North American Free Trade Agreement has certainly helped to grease the trade relationship in the region, but more can be done to enable the efficient movement of goods, especially given how integrated the supply chain has become.
– The Beyond the Border Action Plan is one positive, carried out jointly by the US and Canadian governments to combat post-9/11 border thickening and to improve trade flows. Among the measures are increased value thresholds for expedited customs clearance, pre-clearance initiatives for commercial cargo and improved border infrastructure. 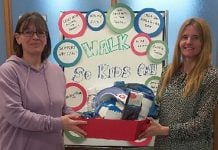 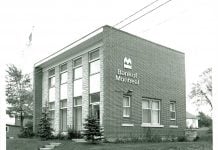 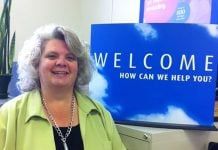 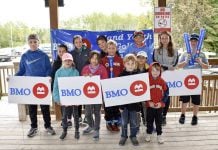 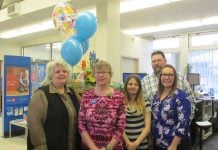 Long-time Bank of Montreal employee will be missed in retirement 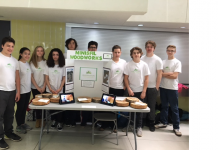