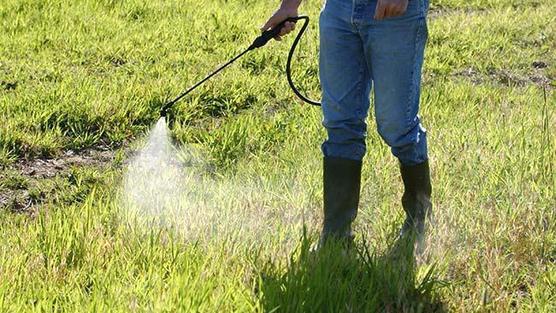 KAGAWONG – It might be an understatement to say that Kagawong resident Paul Darlaston is pleased with a United States appeal court decision last week that upheld a $25 million judgement and trial verdict finding Bayer’s herbicide, Roundup, caused a California resident’s non-Hodgkin lymphoma.

Mr. Darlaston is a long-time anti-pesticide/herbicide activist. “It’s wonderful news,” he said, adding that he is also pleased the federal Green Party is getting behind Anishinabek First Nation communities in their fight against the controversial herbicide.

The 9th Circuit Court of Appeals in San Francisco rejected Bayer’s arguments that lawsuits such as this one by Edwin Hardeman should never go to trial because federal pesticide laws barred allegations that the company failed to warn of Roundup’s cancer risks. The decision has dealt a blow to the chemical company’s hopes of limiting its legal liabilities over the weedkiller. This is the second appeal of three jury verdicts that Bayer has lost now.

“I know they (Bayer) had put forward $11 billion dollars to try and cover all the cases that had gone before them and future cases,” said Mr. Darlaston. A federal judge raised doubts about the portion allocated for future claims. “About 6,000 cases had already been filed in the US against Bayer for the effects that their pesticide (sic), Roundup, had caused to claimants. There are also a number of class action lawsuits.”

“This is excellent news,” he continued. “I’m sure they wanted it thrown out of court or at least to have reduced punitive damages.”

“It’s a slam dunk for plaintiffs,” said Leslie Brueckner, an attorney with Public Justice who helped with Mr. Hardeman’s appeal. “This proves these claims are viable in the tort system.”

The May 14 ruling was the first by a federal appeals court in a case linking Roundup and cancer. Bayer had said the case had the potential “to shape how every subsequent Roundup case is litigated.” The company said that decades of research have shown Roundup and other glyphosate-based herbicides that dominate the market are safe for human use. The company argued that glyphosate was approved by the Environmental Protection Agency as safe for humans and that regulators prevented Bayer from adding a warning to the product label. Bayer has spent years trying to contain the litigation.

Bayer has committed $9.6 billion to settle 125,000 claims over Roundup. It also wants to resolve potential legal claims of millions of consumers and farm workers who have been exposed to Roundup and might get sick in the future. The company was back in court the following week seeking preliminary approval for a controversial $2 billion deal to resolve those future claims through a class action that would group those exposed to Roundup but who hadn’t gotten sick.

“The more verdicts against Bayer, the more pressure there is on the company to pull Roundup from the market or agree to a more generous settlement,” said David Noll, a professor with Rutgers Law School. Canadian Federal Green Party MP Jenica Atwin has introduced a bill to ban glyphosate in Canada, something First Nations have been asking Ontario to do for years.

Pressure has been mounting on federal, provincial and municipal governments to ban the controversial chemical herbicide known as glyphosate which is widely used in forestry and agriculture. Anishinaabek chiefs of the upper Great Lakes are asserting their inherent rights and calling for a ban on aerial spraying of the herbicide across the Robinson-Huron Treaty area.

“I think the NDP is behind them too,” said Mr. Darlaston. “Algoma-Manitoulin MPP Michael Mantha carried forward with two petitions to ministers. All they come back with is there are rules and regulations and to report any violations to them.”

“We’ve called for the stopping of the aerial spraying and for the table to be set that we can look at and resolve the unresolved jurisdictional issue,” said Batchawana First Nation Chief Dean Sayers on Nation to Nation.” Chief Sayers and fellow First Nations leaders, elders and trappers have been opposing the use of the weedkilling chemical. Robinson-Huron Treaty chiefs asserted their opposition once again in a February 24, 2021 letter sent to Ontario Premier Doug Ford.

They’re getting a boost from Fredericton Green MP Jenica Atwin, who tabled a private member’s bill in April to ban glyphosate nationwide. Ms. Atwin said she’s already received some pushback. “I know there’s going to be lots of opposition to this bill because it’s so widely used. I’ve even had people come to me and say, ‘you know, now you’re going against science.’ I hope I’m wrong,” she told host Todd Lamirande. “But if I’m right and we don’t stand up against this and we continue to allow monoculture in our forests, ignoring the potential health risks, then I’m not doing my job as a member of parliament.”

Glyphosate kills plants. It is sprayed over farmers’ fields and on clear cut forests as part of industrial logging operations to kill unwanted trees and weeds, allowing the desired timber or agricultural crop to flourish.

The International Agency for Research on Cancer, part of the World Health Organization, classified glyphosate as ‘probably carcinogenic to humans’ following results of a 2015 study. Glyphosates remain in wide use in Canada after Health Canada declared glyphosate safe for use in small quantities after a 2019 review.

Shortly after she tabled her bill, MP Atwin was contacted by a Bayer representative who shared an infograph quoting several international regulatory agencies that concluded glyphosate does not cause cancer. She told Nation to Nation that “things are deemed safe until they’re not” and urged Health Canada to take a second look. She expected this sort of resident, she said. “I’m prepared to handle whatever comes my way, so we’ll see. But I’m in it for the long haul.”

Chief Sayers said the elders in his region have conducted studies of their own and reached drastically different conclusions. “When I look and drive into the forest, I see clear cutting. I see spraying. I see all kinds of dead forest where they’ve sprayed and we know the animals are in proximity to these areas,” he said. “The animals don’t avoid a certain area just because somebody’s sprayed there. They can’t read the little signs you see under the power lines or in the bush where they’re cutting all the growth.”

There is positive action occurring in Canada, however slight. Last month, Laval became Quebec’s first municipality to ban the product.

After reaquiring his businesses back, Mike Meeker is ‘busier than...

Expositor Staff - June 16, 2021
EVANSVILLE - After a year of dealing with the previous owners of his company, working to gain back what he’d had previously, Mike Meeker...